Home Brooklyn Music To Listen To Before Studying
BrooklynLong Island

Music To Listen To Before Studying

Ten songs to get your mind in tune for finals 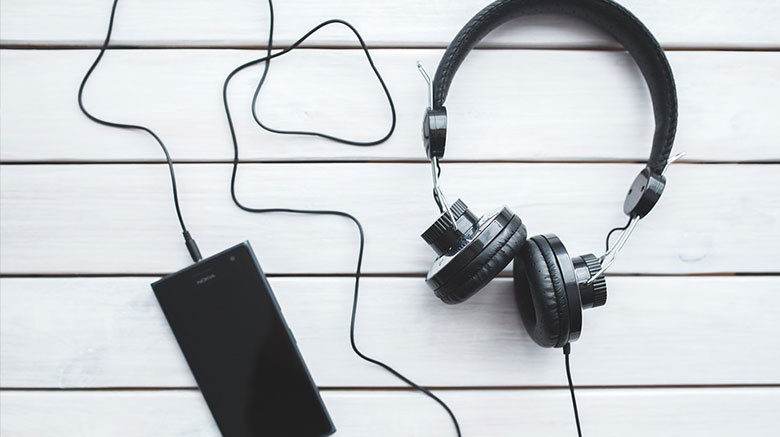 As St. Joseph’s College students gear up for finals, it is important that they understand which study strategies work best for them. Listening to music before doing a task that requires concentration, such as studying, has proven beneficial for many people.

Incoming SJC President Donald R. Boomgaarden, Ph.D. – a country fiddler who earned master’s and doctoral degrees from Eastman School of Music at the University of Rochester in Rochester, New York – knows well the role that music can play in relation to the brain.

“Science has shown that there is a direct relationship between listening to music and increased brain activity,” said Dr. Boomgaarden, who begins his presidency at the College on July 1. “I have personally found that young people benefit greatly from listening to great music, and it can be used as a motivator or a method for preparation, relaxation, and/or meditation.”

What qualifies as “great music,” of course, all depends on the listener, Dr. Boomgaarden said.

“I recommend listening to either J.S. Bach or Mozart a few minutes before studying, perhaps five to 10 minutes, to place the mind in the correct place to really absorb and learn,” said Dr. Boomgaarden, “but not while studying.”

Although some people find music helpful during study sessions – using it to block external noise or avoid the distraction of silence – Dr. Boomgaarden argues the opposite.

“I am so mesmerized by music that I cannot listen to it while performing serious tasks, particularly when studying,” he said. “I find myself enjoying and analyzing the music and neglecting the work at hand! This is probably because I am a professional musician. It may not be so pronounced for others.” 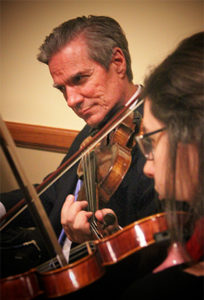 Dr. Boomgaarden said music with and without lyrics can benefit a student preparing to study, though he noted that instrumental music allows the imagination full range, while vocal works can cause the listener to focus on the text being presented.

“Before I attempt a big task, I frequently listen to appropriate pieces to focus my mind…The real benefit of listening and practicing music, and music study in general, is that it trains us to be disciplined in our analysis of sound and to break down and analyze small bits of information before processing them and assembling the larger work,” he said.

“There is no better way to create harmony between the body and the mind than through music.”

Keeping Dr. Boomgaarden’s recommendations in mind, here are 10 instrumental pieces to help relax the mind and prepare for the task of studying:

• “The Mighty Rio Grande” by This Will Destroy You. This is the fifth track on the band’s first studio album, and it appears throughout the film “Moneyball.” It has also been used in the films “Earth to Echo,” “American Sniper” and “Room.

• “One Day” by Hans Zimmer. This song was composed for the 2007 film “Pirates of the Caribbean: At World’s End.

• Vivaldi’s Concertos, recommended by Dr. Boomgaarden. These songs may sound familiar if you ever played an instrument in orchestra class.

• “Home” by Explosions in the Sky. This post-rock American band is almost purely instrumental.

• “My Dear Frodo” by Howard Shore. This song appears in the 2012 film “The Hobbit: An Unexpected Journey.”

• “Mishima” VI by Philip Glass. Glass is considered one of the most influential composers of the late 20th century.

• “Harry’s Wondrous World” by John Williams. This song was composed for the 2001 film “Harry Potter and the Sorcerer’s Stone.”

• “The World is our __” by This Will Destroy You. This post-rock American band is strictly instrumental.

Happy listening, and good luck on your finals!

Capping Off Their SJC Stories