A Liberal Application of Intellect

Why liberal arts education is more important than ever 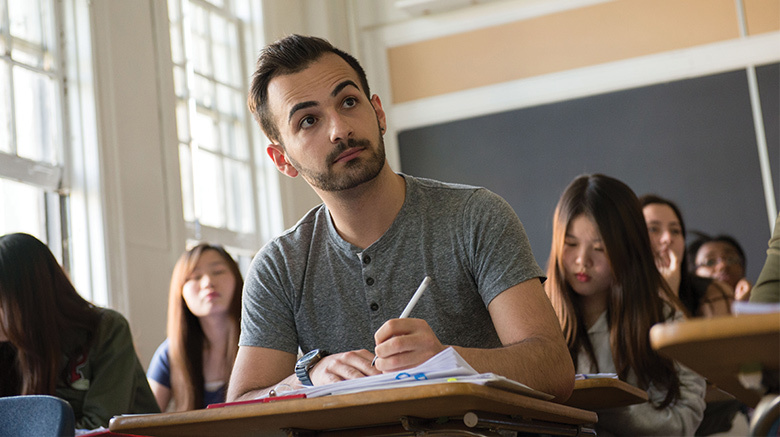 “If the pursuit of learning is not defended by the educated citizen, it will not be defended at all. For there will always be those who scoff at intellectuals, who cry out against research, who seek to limit our educational system.”
— John F. Kennedy

What President Kennedy articulated to the crowd huddled at Vanderbilt University’s commencement 54 years ago is as poignant today as it was then. Intellects – and their backgrounds in liberal arts and sciences education – are increasingly under attack and often altogether dismissed for views perceived as elitist on such important issues as global terror, the environment, healthcare, immigration and the economy. What’s more, rising college costs have spawned a generation preoccupied with science, technology, engineering and math – the so-called STEM programs that lead to higher paying jobs for graduates. 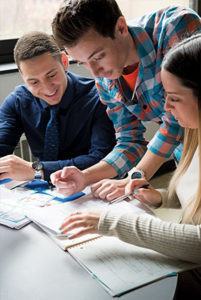 In the months following the Presidential election, it became clear that an increasing number of Americans were becoming more inquisitive. In the midst of “fake news” accusations, “alternative facts” declarations and a string of controversial executive orders, came a wave of curiosity and attentiveness.

America was reading more. Sales of George Orwell’s dystopian novel “1984,” written in 1949, surged 10,000 percent in late January. Meanwhile, J.D. Vance’s “Hillbilly Elegy” shot up to No. 3 on Amazon’s best-seller list, becoming a must-read for people looking to better understand the concerns of rural American voters. The two titles were among an array of books – fiction and nonfiction – that Americans were turning to in order to be better-informed citizens.

In fact, Bloomberg reported in March that growing numbers of baby boomers are returning to college after making their mark in their chosen profession, seeking to gain knowledge in subjects they didn’t learn earlier in life.

“America has a love/hate relationship to learning,” said Wendy Turgeon, Ph.D., the chair of the philosophy department at St. Joseph’s College, speaking on the importance of liberal arts education. “In some circles, learning is seen as elitist and as creating hierarchies. America has been known to celebrate ‘the little man,’ the ‘average Joe.’

St. Joseph’s College is among many institutions holding true to liberal arts roots. And with good reason, if you just consider the job market, alone.”

“But America also represents the power of learning in crafting new ideas, technologies, and ways of looking at the world through art, literature and music,” Dr. Turgeon continued. “Both sides have a somewhat skewed view of what education can and cannot deliver, but I would recommend that an individual is always better off knowing, than not knowing.”

St. Joseph’s College is among many institutions holding true to liberal arts roots. And with good reason, if you just consider the job market, alone. 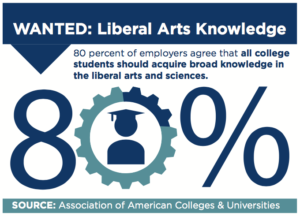 Eighty percent of employers agree that every college student should acquire broad knowledge in the liberal arts and sciences, according to a recent survey conducted by the Association of American Colleges & Universities. About 95 percent of those surveyed said it’s important their hires demonstrate ethical judgment and integrity, intercultural skills and the capacity for continued new learning – all hallmarks of a liberal arts education.

“Employers are telling us now that colleges and universities are not doing a good enough job in preparing students in the liberal arts,” said Christopher Frost, Ph.D., senior vice president for academic a airs at St. Joseph’s College. “Creativity, problem solving, teamwork, writing skills, the ability to articulate orally and the ability to analyze data. Employers are saying to colleges, ‘We’re begging for these skills and you’re sending us a bunch of graduates that are very poorly prepared.’

“It’s why our students at SJC are in such high demand, because all of our majors here are delivered within the context of those liberal arts skills and abilities,” he added.

In fact, billionaire investor Mark Cuban has suggested that over the next decade, as the world increasingly embraces automation, liberal arts majors will be in high-demand at all levels of leadership.

“I personally think there’s going to be a greater demand in 10 years for liberal arts majors than there were for programming majors and maybe even engineering,” Mr. Cuban, owner of the NBA’s Dallas Mavericks, told Bloomberg.

Dr. Frost noted that in the coming years evolving technologies will cause rapid obsolescence of jobs and careers. People trained in the liberal arts – who can apply knowledge in real-world settings and work with people whose views differ from one’s own in solving unscripted problems – will be more vital to the workforce, he said. 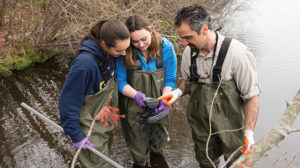 “What’s the most important knowledge that students should have to prepare for a world that no one sees coming? The answer to that is the liberal arts,” Dr. Frost said. “Indeed, if you’re highly trained and skilled in a technical skillset, and that skillset is replaced by a robot or a computer and becomes completely obsolete, what are you going to do?”

Along with establishing a foundation for any successful career, a liberal arts education teaches students how to engage in a civic democracy and helps the students build character, said Michael Burke, Ph.D., associate professor of philosophy at SJC Brooklyn.

“All graduates, regardless of their line of work, must be able to communicate their ideas clearly and articulately to their co-workers and employers,” Dr. Burke said. “Moreover, a liberal arts education instills students with an understanding of some of the ‘big’ questions that participants in a democracy must comprehend in exercising their voices in the community, as well as provide an understanding that there will be a multiplicity of different views on all of these important issues.

“Finally and certainly not least, a liberal arts education contributes to a sometimes overlooked purpose of a college education, which is the development of character,” Dr. Burke continued. “A liberal arts education gives students the experiences and opportunities for reflection that will allow them to discover and articulate the commitments and principles they will adopt in their lives.”

Educators agree that a liberal arts degree helps its holders separate fact from fiction, hypocrisy from sincerity and fake news from real news. “One of the important lessons Americans have hopefully learned in the aftermath of this tumultuous election year is the need for more, not less, education,” Dr. Burke said. “A liberal arts education provides students with the means to distinguish between credible and less than trustworthy sources of information.”

Dr. Burke explained that the internet, particularly social media, allows people to dial into established ideological perspective. “Too often, individuals opt to believe something simply if they saw it online or on television,” he said. “A liberal arts education exposes students to standards of rationality by which they are to evaluate claims for their believability and to think their way into whatever claims they come across. “A liberal arts education acts as a bridge to other perspectives – we come to see other ways of looking at the world,” Dr. Burke added.

Raymond D’Angelo, Ph.D., a sociology professor and chair of the sociology department at St. Joseph’s, listed five key life tools that come with the values instilled by a liberal arts education:

• Ability to learn about ourselves and others.
• Sharpened thinking that allows one to effectively address the major issues of the day, e.g. world peace, cancer, illiteracy, racism, inequality and disease.
• A capacity to connect the past with the present – and make sense of it.
• Allows one’s character to continue to develop.
• An ability to take on future challenges and a sense of not being threatened by new things.

“Liberal arts helps us understand the internet, artificial intelligence, new technology, political conflict, immigration and each other,” Dr. D’Angelo said. “And it helps you ask and answer such questions as why more people don’t vote and why some want to prevent others from voting.” 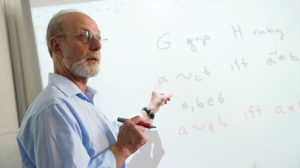 Two key components of a liberal arts background are having at least a rudimentary understanding of our history and a general knowledge about the functions of government, said James Blakeley, Ph.D., associate professor and chair of the history department at SJC Long Island.

“When something unexpected like this (2016 presidential election) happens, we search for a reason: ‘How did this takes place?’” Dr. Blakeley said. “I think that’s what is motivating people to look for precedence to this in the past.”

“Liberal arts breeds a healthy skepticism. It helps us understand where our society has been, where we come from,” he added.

Dr. Turgeon agreed, adding that “a person with a liberal arts background recognizes the richness of options available to them and can resist the mediocrity of a ‘daytime TV’ view of the world.” Liberal arts institutions like St. Joseph’s provide a direction to students as they struggle to define themselves in an uncertain and rapidly changing world, Dr. Burke said.

“The openness of a liberal arts education comes with a directive all the same: the motto of St. Joseph’s College, ‘To be, not to seem,’ expresses it best,” he said.

Five Ways to Beat the Heat on Long Island this Summer

Writing Her Way to Success