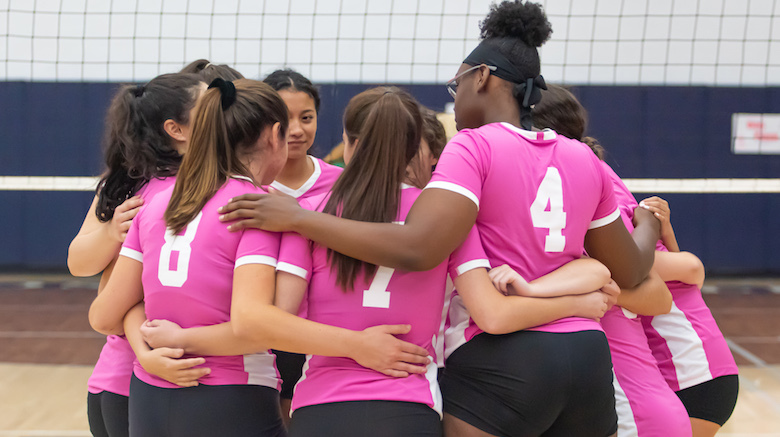 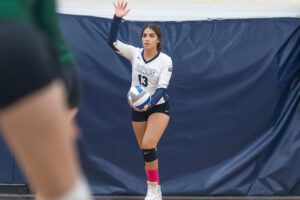 The team raised $2,050 for the Side-Out Foundation, a non-profit organization that encourages the volleyball community drive change and improve breast cancer treatments. The women blew away their original fundraising goal of $1,000.

The team began fundraising in late August, ahead of its Oct. 3 “Dig Pink” game against Sarah Lawrence College.

Carol Melo, a freshman libero and outside hitter on the team, started the campaign on the Side-Out Foundation website as a way to help her team raise as much money as possible. The team also sold bracelets for the cause.

“Raising money for this cause is important to me because this is the least funded area of cancer,” said Melo, who played a large role in organizing her team’s fundraiser. “Many people I know have relatives that have been affected by breast cancer, so I want to try to get the most money raised to help towards this cause.”

Last month, the team entered a contest sponsored by Sport Imports — an Ohio-based sporting goods manufacturer and supplier company — when it reached its fundraising goal of $1,000. The company matched the team’s $1,000 and provided them with a special volleyball net tape used during the game.

Melo, a nursing major, said she was proud of her team’s fundraiser.

“It felt amazing having a lot of people support my fundraiser,” Melo said after the “Dig Pink” game. “All of those people who donated and showed up to the game were supporting the Side-Out Foundation. Hopefully, this will push more research to be completed for stage four breast cancer. I hope next year more people will donate and we can raise more money.”

A BIG thank you to @sportsimportsvb for matching the SJC Bears Women’s Volleyball $1000 donation to the Side-Out Foundation and for sending us this Top Net Tape! The St. Joseph's College (Brooklyn) women's volleyball team is excited to partner with The Side-Out Foundation and be a part of its @digpink initiative! We need your help to make our campaign successful! Please help us surpass our goal of $1000 (link in profile) and join us for our Dig Pink game on Thursday, October 3rd vs. Sarah Lawrence College at 7 p.m. at The Hill Center. Funds raised for Side-Out go toward clinical trials specifically for patients with stage 4 breast cancer, the most advanced form of the disease and the least funded area of research. Thank you for helping us make an impact and we look forward to seeing you on October 3rd! GO BEARS 🐻 🏐❤️ #sjcbearsproud #sideoutfoundation #sportsimports

SJC Saving Lives One Blood Drive at a Time

Learning the Roots of Samba