SJC Brooklyn alum working on new comedy series, 'Distefano,' with 'How I Met Your Mother' creators 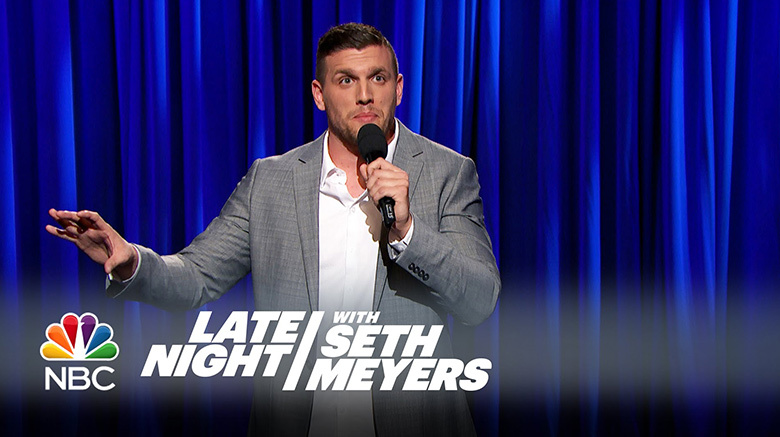 Earlier this month it was announced that the Class of 2006 grad’s new comedy series, Distefano, had been picked up by the CBS network, with How I Met Your Mother creators Carter Bays and Craig Thomas serving as executive producers.

Inspired by the comedy of Distefano, an Italian-American from Brooklyn and a new dad who married a Puerto Rican woman, Distefano centers on Izzy and Chris, two 20-somethings raising their newborn daughter and merging their loud families – one Puerto Rican, one Italian. Co-starring as Distefano’s wife, Izzy, is Orange is the New Black and Jane the Virgin co-star Diane Guerrero. Veteran actress Annie Potts of Ghostbusters fame will also co-star. 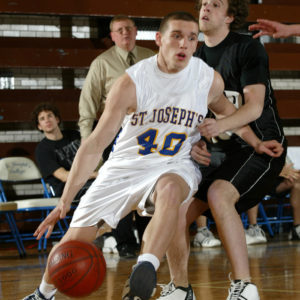 A basketball standout — one of the top scorers in program history — and a Tuohy Hall class clown, Distefano graduated from SJC Brooklyn in 2006 with a B.A. in Psychology. From there, Distefano went to the New York Institute of Technology’s College of Osteopathic Medicine, where he earned a doctorate in physical therapy. Before his rise to comedy fame on MTV’s Guy Code, Chris worked full-time as a pediatric physical therapist during the day, and would perform at several different New York City comedy clubs at night.

“Doing comedy and entertainment is what I’ve always wanted to do,” Distefano told the St. Joseph’s College Alumni Magazine in fall 2013. “I know I’m not a celebrity or a millionaire, but I feel like I’ve made it.”

Distefano will join SJC Brooklyn’s upcoming Reunion Eve Celebration on April 28 as a special guest at The Wayfarer.