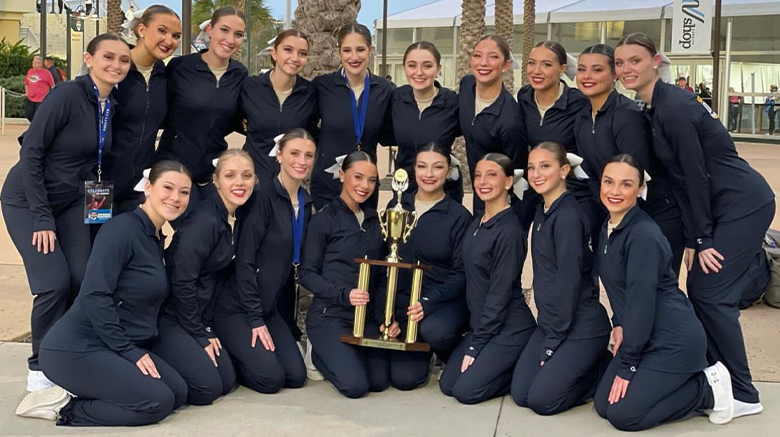 The annual event crowns numerous champions across an array of divisions, including the Open Dance division – made up of NCAA Division III, junior college and NAIA schools – in which St. Joseph’s competed.

The team debuted in the Open Pom category this year, making its top-10 finish even more impressive. SJNY’s best-ever finish in the Open Jazz category was 14th place.

The Golden Eagles descended upon Orlando’s Walt Disney World Resort on Thursday, two days ahead of their opening performances on Saturday.

After a group dinner on Thursday night, the team made their final preparations at a practice session on the Nationals floor on Friday afternoon.

Performances in Saturday’s opening round were strong enough for the Golden Eagles to advance to the finals in both Open Pom and Open Jazz on Sunday.

“Making it to finals and placing in the top 10 is an extremely impressive accomplishment,” said co-coach Gabby Castilletti.

“The team had an amazing time this weekend. Danielle (Monteverde) and I are proud coaches.”

After the competition concluded on Sunday, the team visited Hollywood Studios for a private party exclusively for Nationals participants.