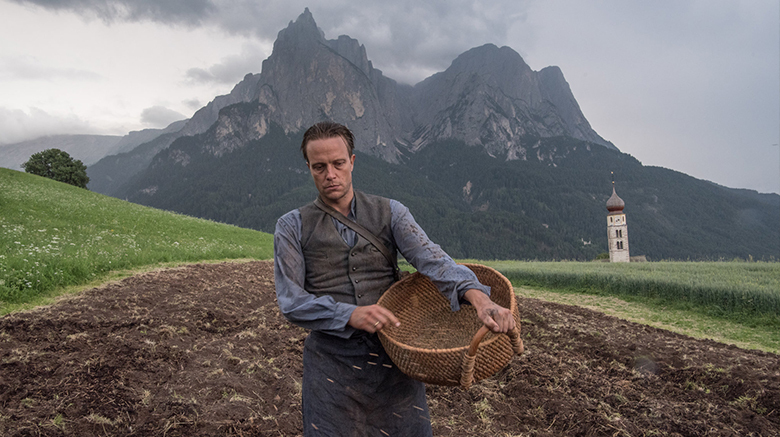 SJC Long Island’s Department of Religious Studies collaborates this month with the Plaza Cinema and Media Arts Center in downtown Patchogue for screenings of the film “A Hidden Life,” giving a short introduction and participating in a discussion.

Thomas Petriano, Ph.D., professor and chair of the religious studies department, will lead the introduction and discussion on Thursday, Feb. 20, starting at 6:30 p.m. Cristian Murphy, director of Campus Ministry, is set to discuss the film on Saturday, Feb. 29, at 10:30 a.m.

Based on real events, the film tells the story of Franz Jägerstätter, an Austrian farmer who refused to fight alongside the Nazis in World War II.

“Terrence Malick is one of the great film directors of our time, and the story of Franz Jägerstätter, beatified and declared a martyr for his heroic courage in refusing to join Hitler’s army, is a great story of courage and non-violent resistance,” said Dr. Petriano, who teaches the course “Faith in Film.”

“Jagerstatter’s life is a lesson in conviction, courage, and conscience,” he continued.

The film’s title is derived from a quote at the end of George Eliot’s novel “Middlemarch.”

“…for the growing good of the world is partly dependent on unhistoric acts; and that things are not so ill with you and me as they might have been, is half owing to the number who lived faithfully a hidden life, and rest in unvisited tombs,” reads the quote.

“This, I think, is a powerful message for our students and for our time,” Dr. Petriano said.