From SJC Brooklyn Nursing to NYU 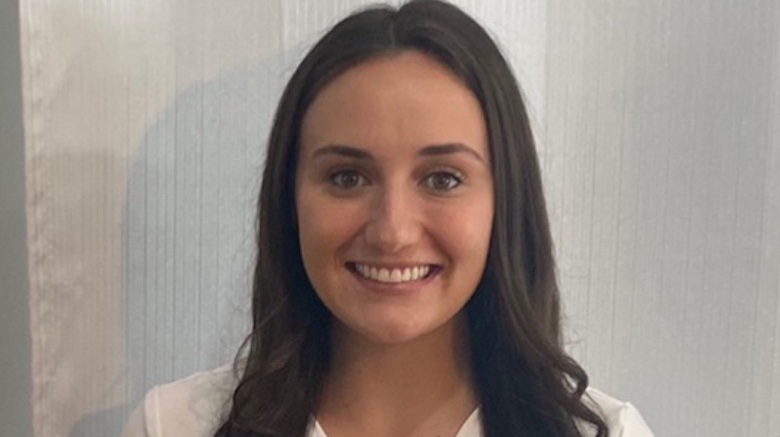 Unbeknownst to Katelynn Doyle ’20, a project in a nursing class at SJC Brooklyn would be the perfect research exercise to prepare for her first nursing job after graduation.

In NU 231 – Nursing Leadership and Management, Doyle and a classmate designed a magnet status hospital, a special status given by the American Nurses Credentialing Center (an affiliate of the American Nurses Association) recognizing nursing excellence. Her research for the project became the perfect talking point for her interview with NYU Langone Hospital—Long Island, where she now works as a critical care nursing fellow.

“I went into what magnet is, and what encompasses that, such as what I learned in class about root-cause analysis, transformational leadership, patient-centered care, and then what types of nurses have to be in those hospitals — such as BSN nurses like myself,” Doyle recalled. “Being knowledgeable in that really put me apart from the other people I interviewed with, which was really good.”

Doyle’s fellowship, which began in February, includes a mix of clinical and classroom work. For orientation, she took online classes with educators before going on unit and completed a one-week critical care course reviewing a-lines and the different types of ICU patients.

“When I found out we would be floating from all the various ICUs, I was like, ‘Wow, this will really give me a lot of exposure, and I am going to learn a lot,'” Doyle said.

SJC Brooklyn’s nursing program gave Doyle the foundation needed to succeed in her new fellowship. The pharmacology classes helped her get to know the drugs she administers to patients and learn the five rights to administering medication.

She also uses skills she learned in her evidence-based practice and research class, clinical rotations, and in the nursing lab every day.

“I think the SJC nursing program helped teach me the nursing process, really using my assessments to know where my patient’s baselines are, and when I need to tell the team, ‘Look, this is what’s happening,’” Doyle reflected. “That was a big thing — to really know the nursing process.”

But SJC’s influence on Doyle wasn’t limited to the classroom.

Doyle was a member of the College’s BSN Club, which meets monthly to go over nursing issues. In her senior year,  these included conversations about safe staffing, usage of PPE and other issues related to the COVID-19 pandemic.

Doyle, who graduated from SJC with multiple honors, was also a frequent visitor to the College’s Academic Center, where tutors helped her polish her term papers for nursing classes and where an upperclassman tutor helped her study.

Doyle earned the Nightingale Student Nurse Award in 2020 — an honor that recognizes an SJC Brooklyn nursing student who excels academically and shows the values and dedication to the nursing profession espoused by Florence Nightingale. She was also a Northwell Health Golden Ticket recipient.

“The Academic Center staff is thrilled (but not surprised) that Katelynn won this competitive fellowship,” said Kris Percival, director of the Academic Center. “Katelynn was always meticulous and organized as a scholar. We are certain that she is also an outstanding nurse.”

Doyle said she is looking to decide what area of nursing she wants to specialize in over the next few months, though she is really enjoying the medical ICU, where she is now stationed.

In addition to her SJC degree, Doyle has a handful of certifications, including Advanced Cardiac Life Support and Basic Life Support from the American Heart Association; Seizure Recognition and First Aid Training from the Epilepsy Foundation; Stop the Bleed Bleeding Control Course from the American College of Surgeons; and Youth Mental Health First Aid from the National Council for Behavioral Health.

“I want to be a safe, competent, culturally confident nurse who provides individualized patient-centered care of the highest quality,” Doyle said. “Reviewing everything, looking at the patient in a culturally competent and holistic manner, looking at their physical symptoms, their emotional (status), their family (how to incorporate them into care), and just making sure everything is done in a safe and timely manner.”