Golden Eagles Get Ready to Graduate 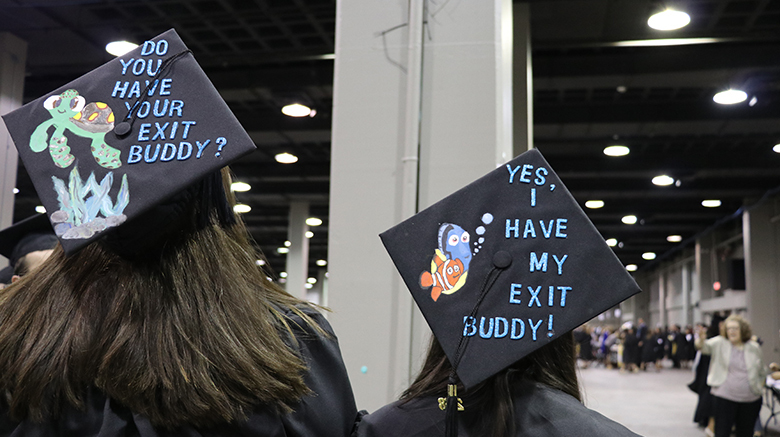 Father Francis Pizzarelli, S.M.M., DCSW, will deliver the commencement address to the Class of 2019 and receive an honorary Doctorate of Humane Letters, in acknowledgement of his outstanding contributions to the College and his social services to thousands of Long Islanders.

The undergraduate speaker is Courtney Cowie-Sladky, who has earned a degree in English with a concentration in adolescence education. Sarah Erin Griffiths, who received her master’s in literacy and cognition, is the graduate speaker.

Visit here for directions to the event and other commencement details.

Among the SJC Long Island graduates are some truly impressive stories. 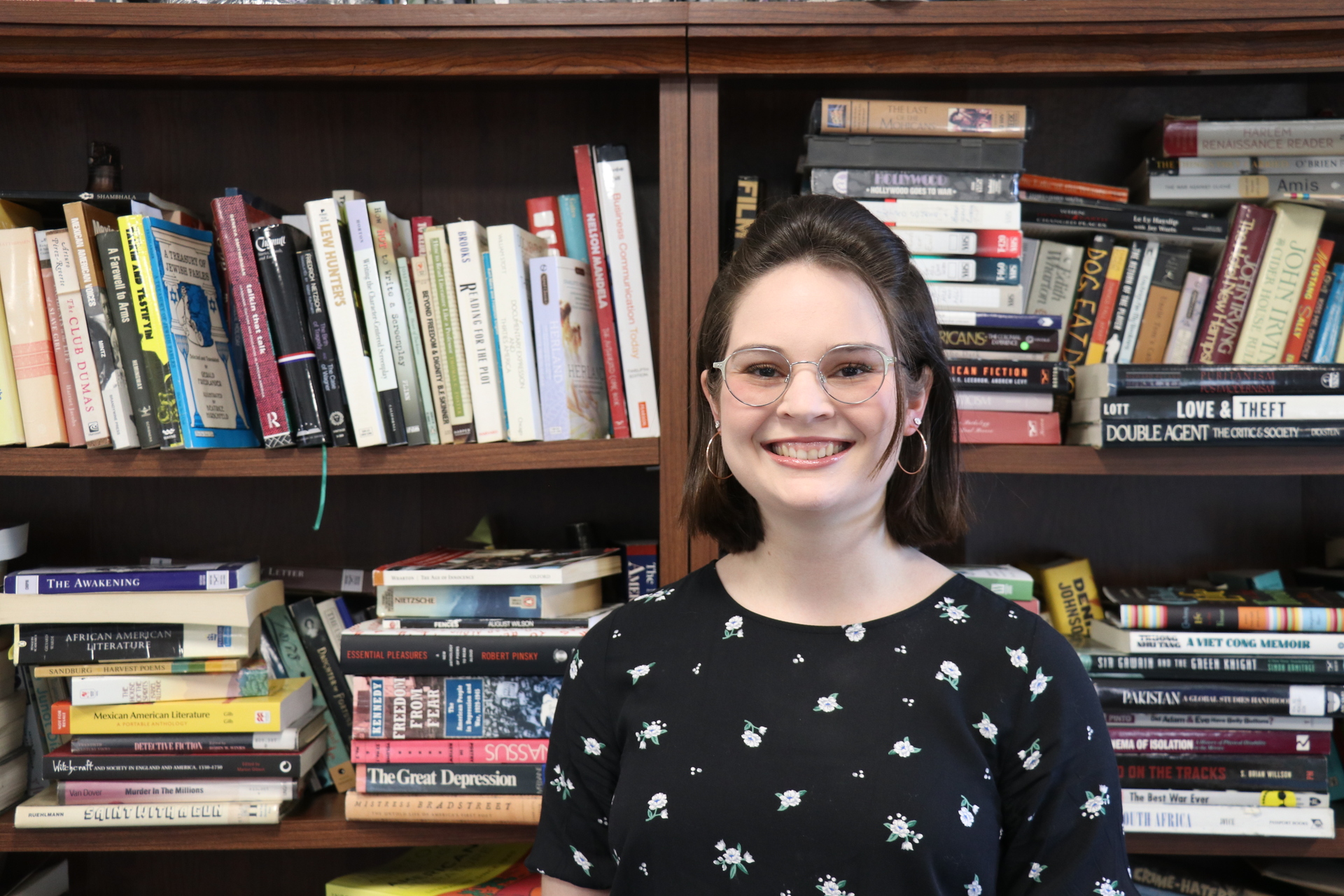 After transferring to SJC Long Island from Suffolk County Community College, Courtney Cowie-Sladky, 23, immersed herself in the College’s community. She helped gain the international honor society of education Kappa Delta Pi (KDP) a chapter on campus, becoming the vice president after its September 2017 inception. Cowie-Sladky also served as a member of Sigma Tau Delta, an international excelled English honor society, and the English Club.

“SJC provided me with every resource available to help me succeed,” Cowie-Sladky said. “The teachers are absolutely wonderful! They taught me essentially everything I needed to know, helped me find the areas I am interested in and encouraged me to pursue all my goals. I owe them so much.”

Cowie-Sladky, who graduates with a 4.0 GPA, presented at Longwood University’s Meeting in the Middle Conference — a niche conference for students studying the Medieval period — in April 2018. Later that month, she presented at Oneonta’s New Critics Conference and chaired a panel there. And she delivered a presentation at SJC Long Island’s Student Research Symposium in May 2018. 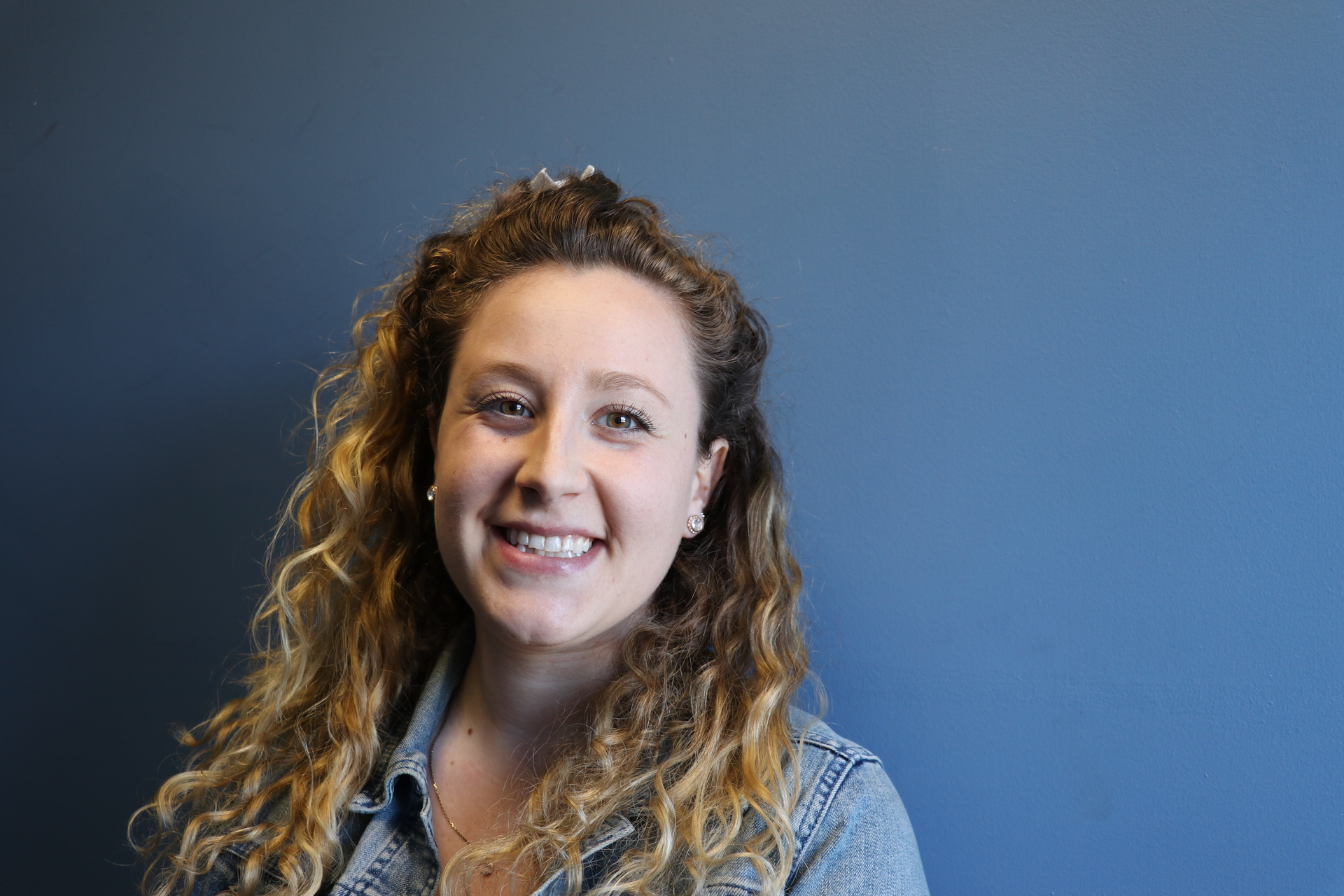 Sarah Erin Griffiths received her B.A. in Child Study with a minor in speech from St. Joseph’s in 2016. Having enjoyed the College’s education department and appreciating the small size of the campus, Griffiths returned to SJC Long Island four months later to begin pursuing an M.A. in Literacy and Cognition. She graduated in June 2018 with a 3.9 GPA.

“When Dr. (Karen Megay-) Nespoli called to inform me (that I would be the graduate speaker), I couldn’t believe my ears.” Griffiths said. “I feel as if it is such a fantastic accomplishment for myself, and it is an absolute honor to be chosen as the graduate speaker for commencement.”

While she now works as a fourth-grade teacher at Harbor Country Day School in St. James, New York, Griffiths is applying to public schools, hoping to get her foot in the door for future career opportunities.

Among SJC Long Island’s Class of 2019 is the first cohort of students graduating with a four-year B.S. in Nursing. 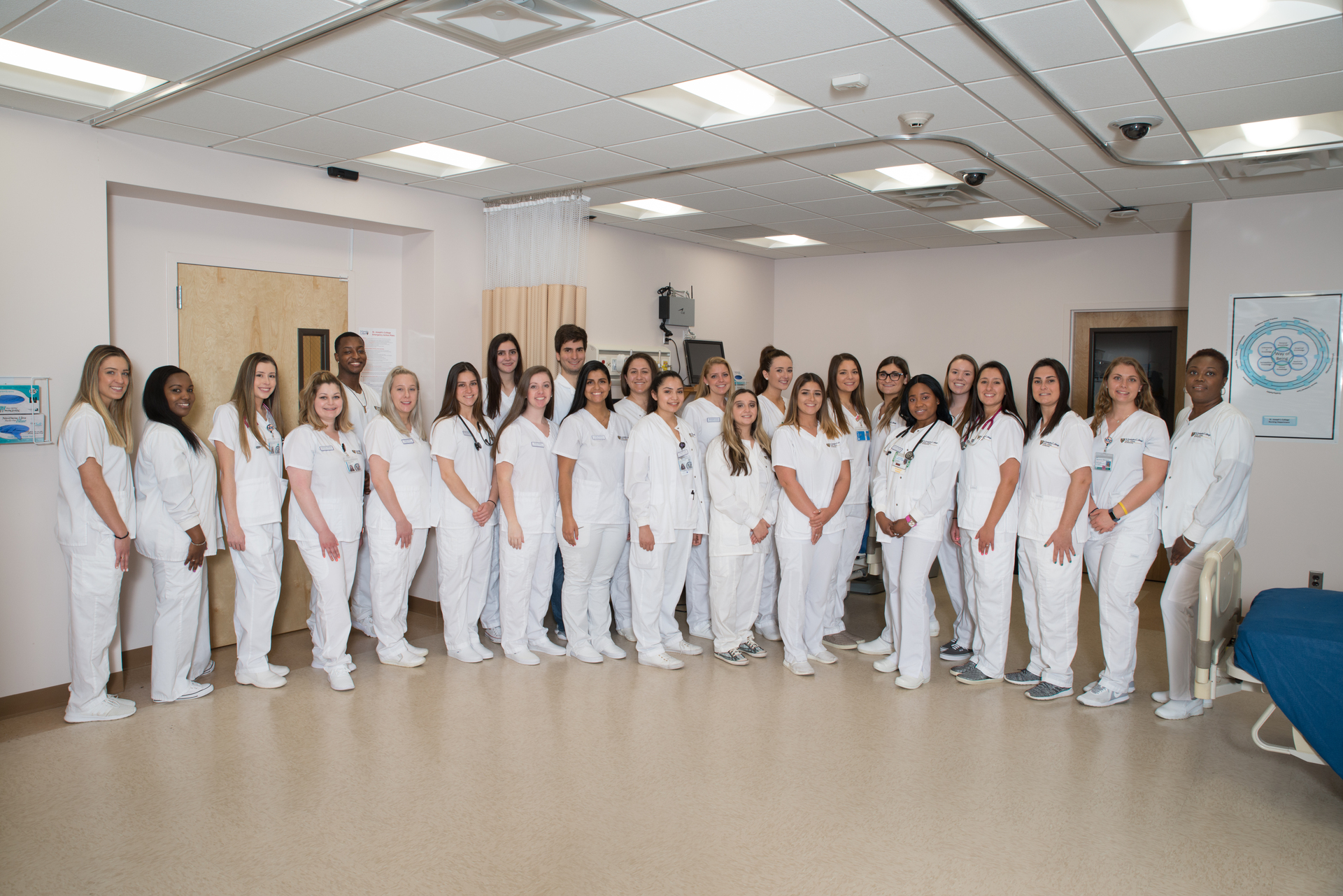 “It feels like we are paving the way for the future nursing students of SJC,” Danielle Monteverde, 21, said. “Being a member of this inaugural class has been both challenging and exciting. I look forward to seeing how the program continues to evolve.

“I can’t say enough about the faculty and their willingness to help me meet my educational goals,” Monteverde added.

As the students entered their junior year in fall 2017 and started two years of concentrated nursing courses, they had state-of-the-art nursing labs to help facilitate their learning. The renovations included a computer room, three debriefing rooms, two simulation labs with a control room in the middle, a skills room with six hospital beds, and four high-fidelity patient simulators: the next best thing to having a live patient, said Director of Nursing Maria Fletcher, Ph.D.

Daniel Antonawich loved being a student-athlete at St. Joseph’s, running for the track and field team each of his four years at SJC Long Island, while also competing for the cross country team as a junior. He was treasurer of the Student-Athlete Advisory Committee during his sophomore and junior years, and vice president of the committee as a junior and senior. 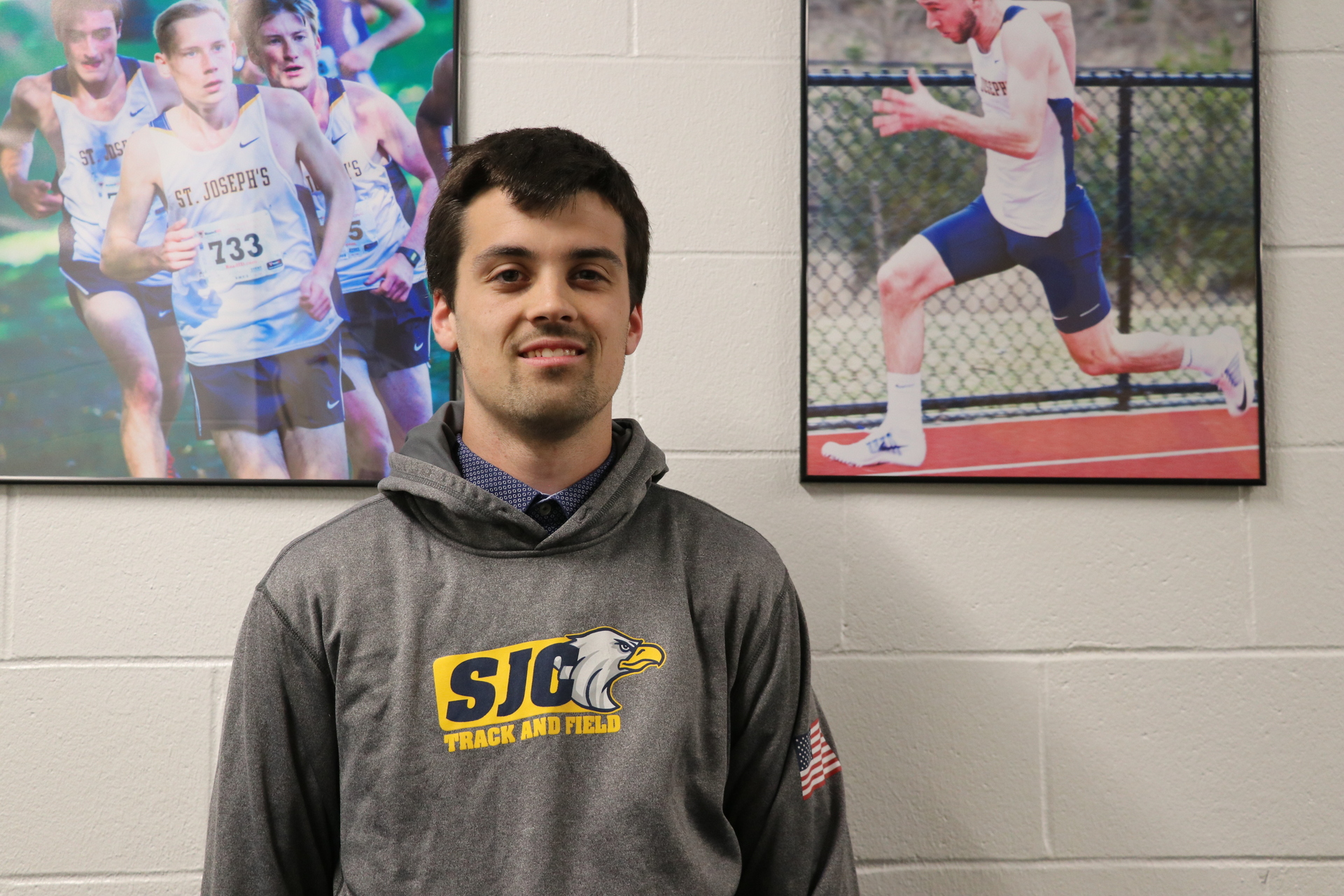 “As a Golden Eagle, I became not only a Skyline Champion, but one of the few male runners in SJC history to qualify for the ECAC championships during fall, winter and spring seasons of my junior year,” said Antonawich, who majored in history with a concentration in adolescence education and earned a 3.75 GPA.

While the West Islip native enjoyed the opportunity to continue his athletic involvement at SJC Long Island, it was the family connection that really led him here.

“My father is a faculty member, so I knew a lot of people at the College already,” said Antonawich, son of Francis Antonawich, chair of the biology department. “I’d been to the College’s Open House events with him since I was younger.”

Antonawich attended SJC Long Island with his elder brother, Frank, a nursing major diagnosed with Hodgkin’s lymphoma prior to Daniel’s freshman year, and who passed away in February 2018.

“When my brother passed away, I found that the SJC community was there for me and my family,” Antonawich said. “The tremendous outpouring of support made me realize how valuable the SJC community is. I came to realize all the friends my brother, father and I have come to know during our respective times at SJC were there for any and all kinds of support. And for that, I know myself and my entire family are forever thankful.”

An embodiment of all five pillars of St. Joseph’s, Katherine Escobar tirelessly demonstrated her dedication to integrity, intellectual and spiritual values, social responsibility and service during her four years at the College. 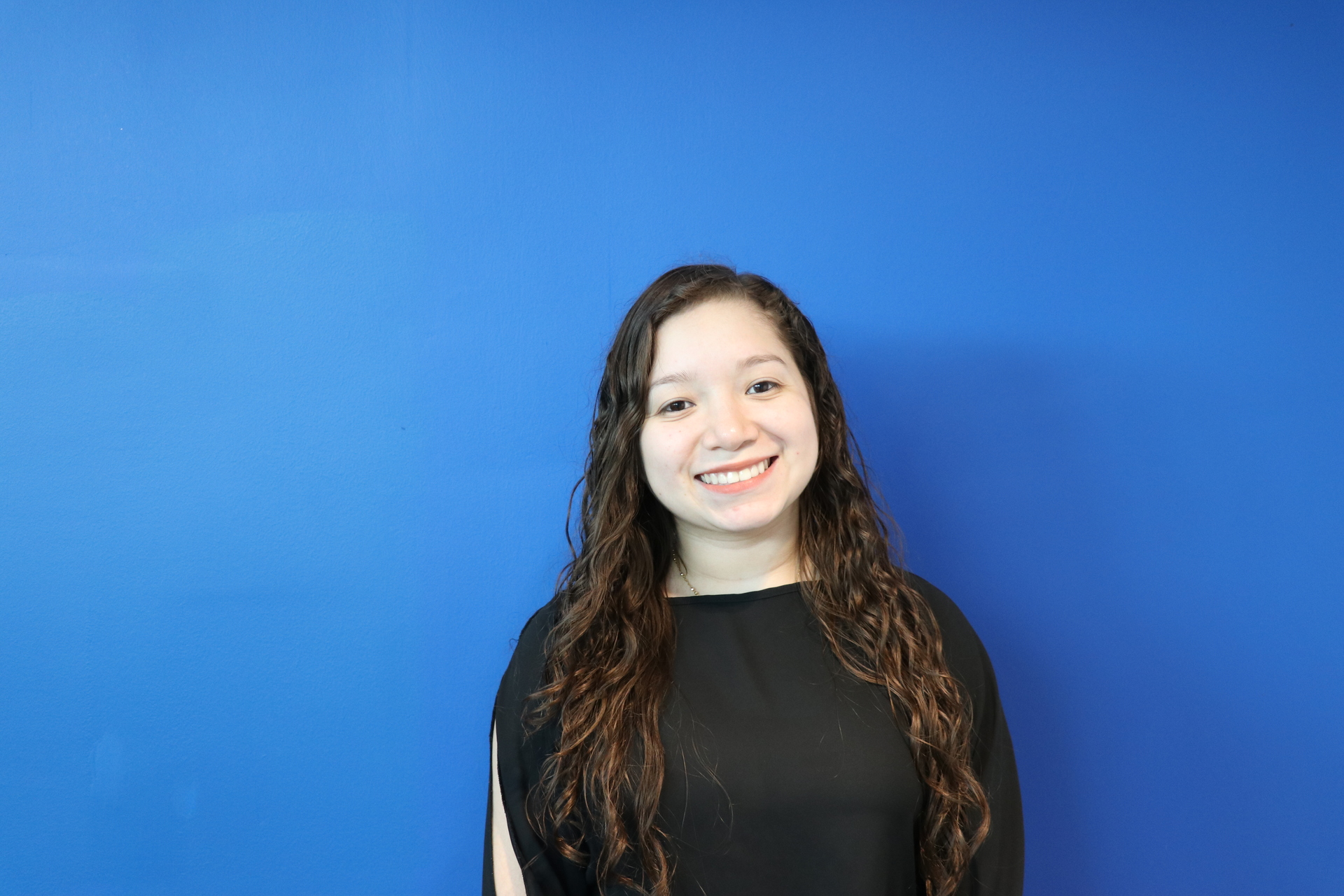 “Since my first semester, I made an effort to get involved in community service-based clubs, such as STARS and Habitat for Humanity,” said Escobar, two-year president of Students Taking an Active Role in Society (STARS). “I have attended five Alternative Winter and Spring Break trips. I also had the opportunity to go on a study abroad service trip to Nicaragua in January 2017.”

Escobar, 21, of Brentwood, New York, held her spiritual values close through her involvement in the Office of Campus Ministry.

“My early involvement in Campus Ministry played a big part in molding me as a student and as a leader,” she said. “Through Campus Ministry, I was able to encounter two amazing mentors — Pat Tracy and Cristian Murphy — who both guided me into becoming the leader I am today.”

Next fall, Escobar, who earned a 3.9 GPA while majoring in Spanish and Child Study with a Bilingual Extension, intends to pursue a master’s degree in teaching English to students of other languages.

“The most important lesson I learned at St. Joseph’s College was that no matter how difficult things may get, you are never alone,” Escobar said. “There are so many individuals on this campus, both students and staff, who will support you through your journey.”

A child study major with a concentration in mathematics and computer science, a minor in speech communications and a certification in leadership, Kaitlyn Rodriguez is the true definition of a student leader. 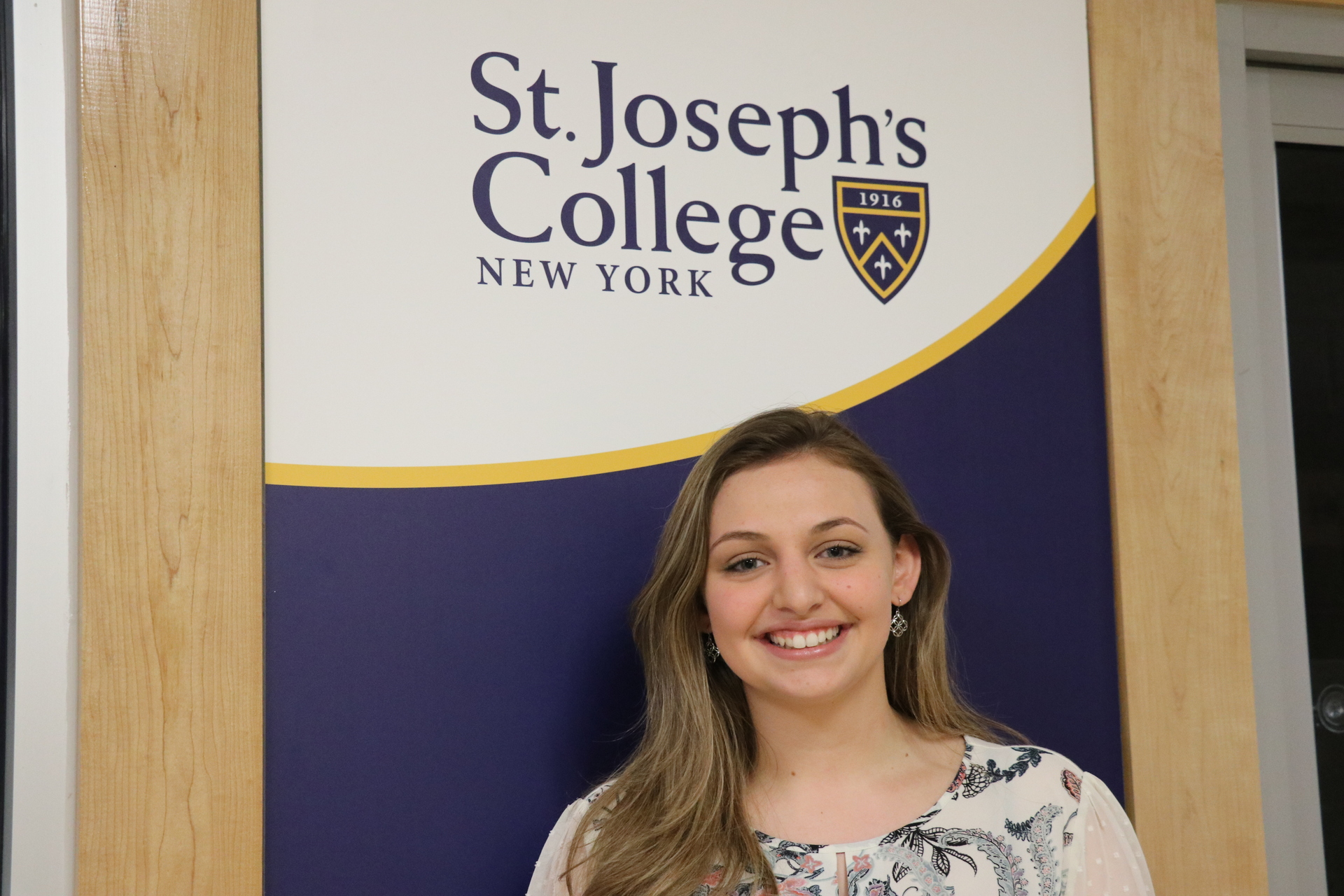 Rodriguez, 22, served as treasurer of the Student Government Association (SGA) for half a year, vice president for half a year and president during her senior year. She was the president of SJC Long Island’s chapter of KDP during her senior year, and she served as youth representative of KDP at the United Nations. She was also a member of the Theta Phi Alpha women’s fraternity, the orientation team, Service Circle, Child Study Club and STARS.

“I wanted to be a part of the SGA because I saw that they had the ability to work with all clubs, and I wanted to help the clubs be more successful on campus,” the Kings Park, New York, native said. “My favorite part about being on SGA is that we’ve made it more of a student advocacy, so getting to be on committees to share the student perspectives has been pretty amazing.”

Rodriguez put as much energy into her academics as she did in her involvement at St. Joseph’s, graduating with a 3.9 GPA.

“I would say my biggest obstacle during my time here was learning to manage my time to do as much as I do,” said Rodriguez, who will find her time-management skills handy next fall while going to grad school at night and working as an elementary school teacher during the day. “I knew I wanted to be involved, and I made sure to learn how to be able to do it all.”

Four students are set to be the first to graduate from SJC Long Island with master’s degrees in forensic computing, a program that became available at the College in 2017.

“While getting ready to graduate with my bachelor’s degree, my adviser informed me of this new master’s degree coming to our campus,” said Connor Dillion, who graduated in 2017 with a degree in computer information technology and minors in business and speech. “Upon her explanation of the curriculum, I was very excited to take on this new challenge and learn from some elite industry professionals.

“The program did not disappoint; I learned a lot throughout each course, and I ended up receiving a 4.0 for the entire program,” added Dillon, who, through St. Joseph’s, interned at the Nassau County Police Department and worked with the detectives and intelligence analysts.

Dillon graduates from the program with Darien Berrios, Daniel Dragotti and Edward Hamel.

Degrees in Hand, Values in Heart

Caps and Gowns and Diplomas, Oh My!