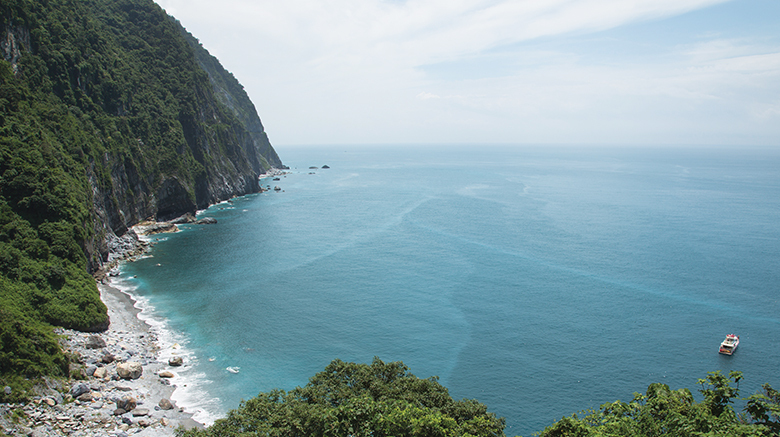 Daily lessons in Taiwanese culture and history. Weekend excursions to Taipei. And a four-week course in Taiwan street food.

The 20 St. Joseph’s College students who participated last summer in the institution’s month-long exchange program with Tzu Chi University in Hualien, Taiwan, made the most of their time in the island nation. 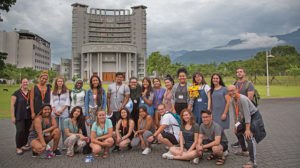 “To say that I had enjoyed my adventures in Taiwan would be an understatement,” said Melanie Salamat, a senior and child study major at SJC Brooklyn, discussing St. Joseph’s first-ever student exchange program in Asia. “I believe there is no better way to explore your strengths and what you are capable of doing by yourself than by visiting another country – away from your home and from what you are familiar with.”

The exchange program is the product of an ongoing collaboration between St. Joseph’s and the Buddhist Tzu Chi Foundation. Since 2014, the College and Tzu Chi have partnered on various initiatives to promote college readiness in Manhattan, Brooklyn and Queens. SJC administrators traveled ahead of the students to Taiwan, to sign the official memorandum of understanding for the exchange program, survey the university and present talks on the American model of higher education.

“This trip taught our students about Buddhist and other Asian values, expressed through social service,” said Peter Lin, Ph.D., associate professor of psychology at SJC Brooklyn. “It had an existential undertone – by being out of their comfort zone and learning about another culture, our students had a chance to reexamine their own personal values and develop a deeper understanding of the world around them.”

Marissa Barrow, a senior child study major at SJC Brooklyn, described the anticipation she felt going into the trip.

“I was nervous, excited and scared all at the same time,” she said. “After a 16-hour flight, we landed the next day at 5 p.m., and then we had a three-hour train ride from Taipei to Hualien to the university.” 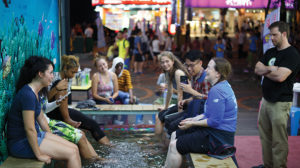 “In just the first two weeks, we immersed ourselves in the food, art and nature in eastern Taiwan,” said Elizabeth Zollinger, Ph.D., associate professor of mathematics and director of undergraduate research at SJC Brooklyn. “We visited the Taiping Mountain National Forest for stunning views of the surrounding landscape, learned about local arts at the National Center for the Traditional Arts and hit up the Luodong Night Market for a sampling of Taiwanese street food.”

Weekend trips included a journey to Taipei, where students got their fill of local cuisine at the city’s largest night market. They also visited a modern Zen Buddhist temple and looked down on Taipei from the observatory deck of Taiwan’s tallest building, Taipei 101.

It had an existential undertone – by being out of their comfort zone and learning about another culture, our students had a chance to reexamine their own personal values and develop a deeper understanding of the world around them.” –Peter Lin, Ph.D., associate professor of psychology at SJC Brooklyn 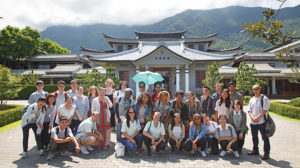 “My favorite class was the Mandarin class,” said Elizabeth Lynch, a senior and child study major at SJC Brooklyn. “I loved learning a new language – we practiced our Mandarin right in the downtown area. Although my Mandarin wasn’t the best, the people were very understanding and helpful.”

“I was able to immerse myself in a new culture and acquire invaluable lessons that I will carry with me forever,” she said. “The amount of gratitude I have for Tzu Chi University and
their welcoming staff and students is immense.”

The learning experienced outside the classroom was key to the program’s success, said Sudesh Sukhoo, a senior at SJC Brooklyn.

“We were interested in our courses because we were able to experience these customs first-hand,” he said. “From making my own dumplings to visiting Buddhist temples, I genuinely felt that I have experienced Taiwan.”

A Test of Growth

Getting Back to Nature