'Hit The Wall' opens in Manhattan's Kraine Theater on July 13 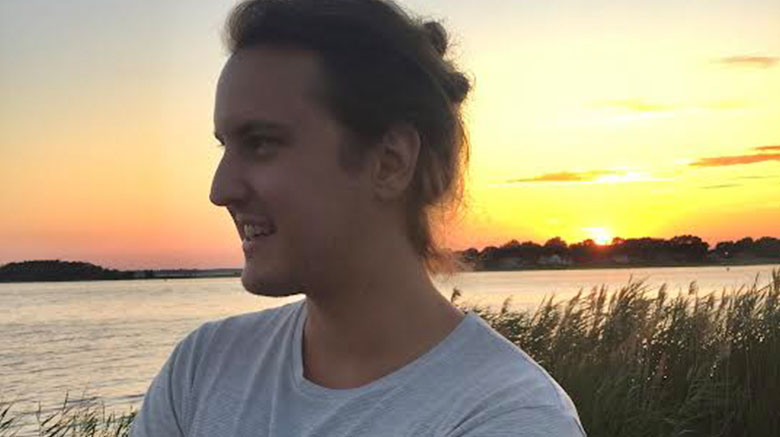 Jake Shore had longed to write a story centered on a graffiti artist ever since he was a child growing up in Rhode Island and witnessing the street art of prominent artist Shepard Fairey.

Shore would see Fairey’s art “everywhere,” and he quickly became a huge fan.

“The way he started was by putting his graffiti everywhere — stickers, paintings — it was just everywhere,” said Jake Shore, director of academic advisement at St. Joseph’s University, New York’s Brooklyn Campus and the playwright of an off-Broadway show “Hit the Wall,” showing at The Kraine Theater from July 13 to Aug. 11.

“He was my first introduction to graffiti in the way graffiti artists just put things up, and don’t ask permission. And it’s in this legal grey area — and I liked that,” Shore added, about Fairey, who is most recognized for creating pieces like “Andre the Giant Has a Posse” and designing the iconic Barack Obama “Hope” poster for the 2008 U.S. presidential election.

“Hit the Wall” follows its main character Amir, the most famous graffiti artist in the world, who needs to remain anonymous in order to avoid going to jail. Amir mentors Rae, an up-and-coming graffiti artist, coming strikingly close to tagging the perfect wall with her graffiti.

Things take a dire turn when Rae, the student, threatens Amir, the teacher. Over time, Amir’s sanity wanes and he wonders: Is he actually the central character in the play?

“I usually direct my plays myself, but I handed this play off to this incredible director, Timothy Haskell,” explained Shore, who also teaches English and Creative Writing classes at St. Joseph’s. “What Timothy has done with it is totally out of my depth. I’m very excited to see it go from the page to being alive, in theater, on the stage.”

After he wrote the off-Broadway play, Shore connected with Frigid New York to produce the play and Ron Lasko, founder of Spin Cycle, a New York City-based communications marketing company to promote it.

“Hit the Wall” also has a live-streaming option for viewers.

Click here for more information about the off-Broadway play, “Hit the Wall.”

Shore began his writing career authoring short stories. He found his way to the theater during graduate school; he earned an MFA from Goddard College in Vermont in 2012.

“With writing, you’re alone in the room — you send it out, and people are reading it, and you get feedback, but it’s a very solitary thing,” Shore said. “Whereas theater is so collaborative. The actors take it to places you never would have imagined.”

Discovering Where Dreams are Made of at the Brooklyn Campus

I noticed in the last paragraph that his remark about writing being a “solidarity thing” should probably read as a “solitary thing.”