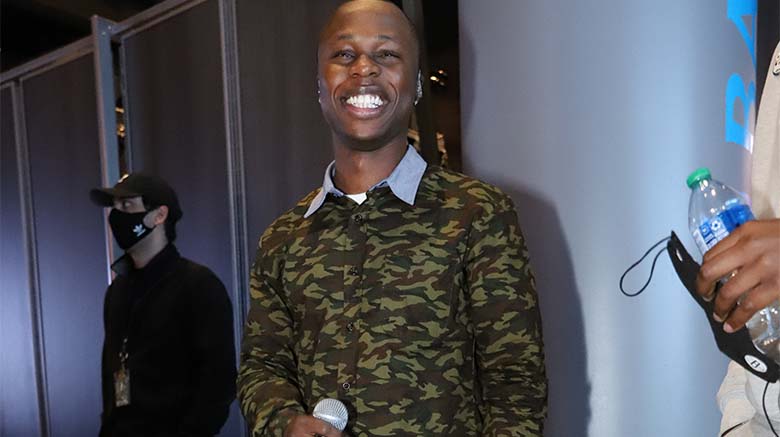 Annunziata, also known as H-D, has had the sound of his music draw comparisons to Jay-Z. The Brooklyn-born business major who is also taking music classes at SJC said he was excited for his performance — especially since it would benefit the Veterans Affairs of New York Harbor Healthcare System.

“Many veterans within the country suffer from economical deficiency, and it shocks me that ones who make the ultimate sacrifice to serve a country suffer from such a thing — and not just from an economic standpoint, but social and spiritual, as well,” said Annunziata, a business administration and organizational management student at SJC Brooklyn.

“If there were more effective opportunities geared toward the culture of service members and veterans, we would see fewer homeless veterans. Whether I raise one dollar or $1 million for these people, I will be joyed, knowing that it’s going toward a cause that I believe in.”

The concert featured Annunziata (H-D), as well as artists Atlas the Plug and Ice Cream For Dinner. Other performers were Dyme-A-Duzin, Whyyoungin, Rosa Rose, Mateo and a live set by DJ Supertouch.

Rising to the Top

Rap and hip-hop culture inspired Annunziata for most of his life. The 27-year-old, who recently moved from Clinton Hill, Brooklyn, to Valley Stream, Long Island, started rapping a little more than a decade ago. Annunziata had a four-year break from performing – while he served in the Marines and earning several honors and medals along the way — before he returned to New York to pursue his educational and musical ambitions.

He is on his way to meet both goals.

Since his honorable discharge from the Marines in 2019, Annunziata enrolled at St. Joseph’s College, performed in Barclays Center at a Brooklyn Nets game, and signed a record deal with Varick Street, an affiliate of major record label Def Jam Recordings. (Def Jam Recordings represents many popular artists, including Justin Bieber, Kanye West and Rihanna.)

In between business classes at SJC Brooklyn, Annunziata takes advantage of the College’s music offerings, which he said helped shape his musical career.

“My music classes have impacted my previous performances,” Annunziata said. “I have become more diverse within the realms of music. As a result, I have been able to expound on new topics, cultures and traditions, which has given me new ideas. These new ideas have given me more to discuss with attending fans.”

Below is a Video Clip of Annunziata’s Brooklyn Nets Game Performance:

Keeping His Dreams and His Dad Close to Heart