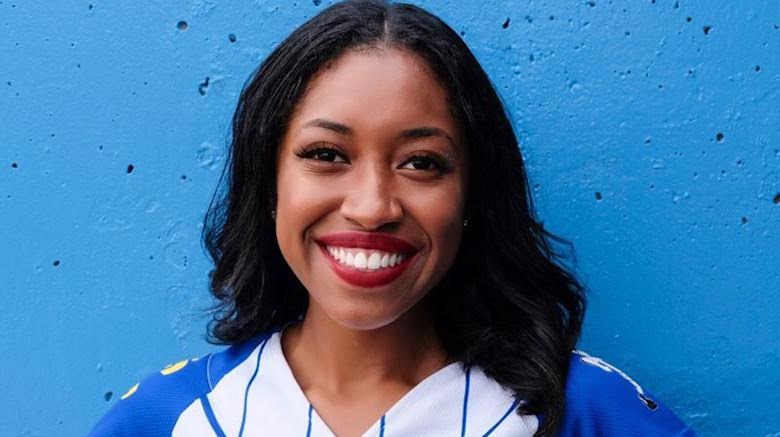 Maya Bayliss has only auditioned for one professional dance team in her whole life: the Brooklyn Cyclones.

Bayliss, a senior accounting major at St. Joseph’s College, recently wrapped up her second season dancing during Brooklyn Cyclones’ games at MCU Park in Coney Island. While Bayliss always loved to dance, she never took professional lessons and never expected to have the courage to try-out for a team that performs in front of thousands of people. 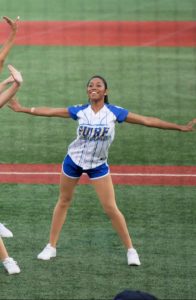 But Bayliss broke through her fear and dominated the nearly seven-hour audition that included improvisation, performing a dance routine and singing.

“I’m very big on leaping into the deep end of the pool,” said Bayliss, as she reflected on the fears she had during her first audition. “You never know what is going to happen.”

Before trying out for the Cyclones’ dance team, the only time Bayliss would sing in front of people was when she was surrounded by her peers in a church choir. The Cyclones gave her the opportunity to burst out of her comfort zone.

She recalled the first time she had to sing at a Cyclones baseball game: she was asked to sing “God Bless America” during the sixth inning, and with essentially no warning ahead of time, in front of the sold-out stadium of approximately 7,000 people.

“It was miraculous,” said Bayliss, who is in the dual degree program for accounting at SJC Brooklyn.

When Bayliss puts on her Cyclones uniform she has a myriad of responsibilities — in addition to singing and dancing. They include attending promotional events, holding contests during games and interacting with fans. She once even climbed into the Sandy the Seagull mascot costume. 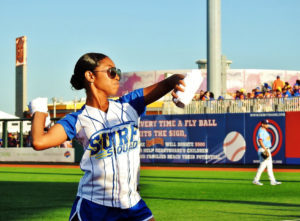 Maya Bayliss tosses a t-shirt into the crowd during a Brooklyn Cyclones game. PAT SANCHEZ

Bayliss said she never would have tried out for the Cyclones, if it wasn’t for a friendly push from her mentor, Christina Moore, director of community relations and entertainment for the Brooklyn Cyclones.

Moore said it was easy for her to support Bayliss.

“Maya has been a true joy to work with over the last two seasons at the Brooklyn Cyclones,” Moore said. “Her positive attitude, strong work ethic and commitment to her team shines through whether she is at rehearsal, an event or a game.

She continued: “I know she was plagued by self-doubt going into this season, but I never doubted her abilities for a second. She is a beautiful and talented performer; a perfectionist whose attention to detail and determination never go unnoticed. My hope is that her strength, courage and passion continue to be the driving forces behind everything that she wishes to accomplish in the future.”

BACK TO SCHOOL, READY TO THRIVE

First Day of the Fall Semester