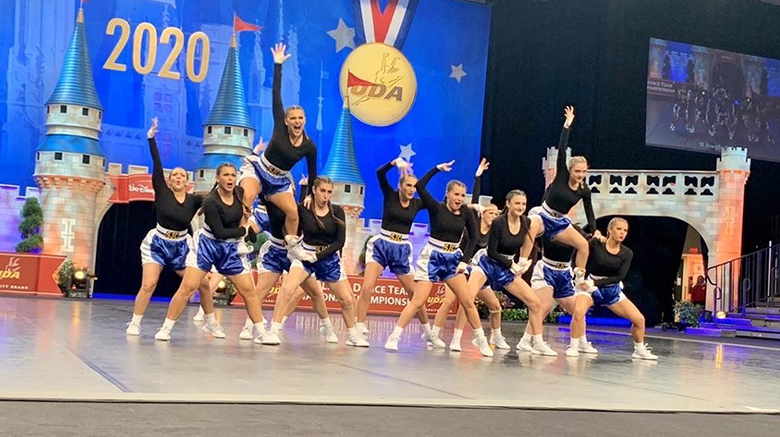 The SJC Long Island Dance team wowed the judges Jan. 17-19 at the ESPN World Wide of Sports Complex in Walt Disney World for 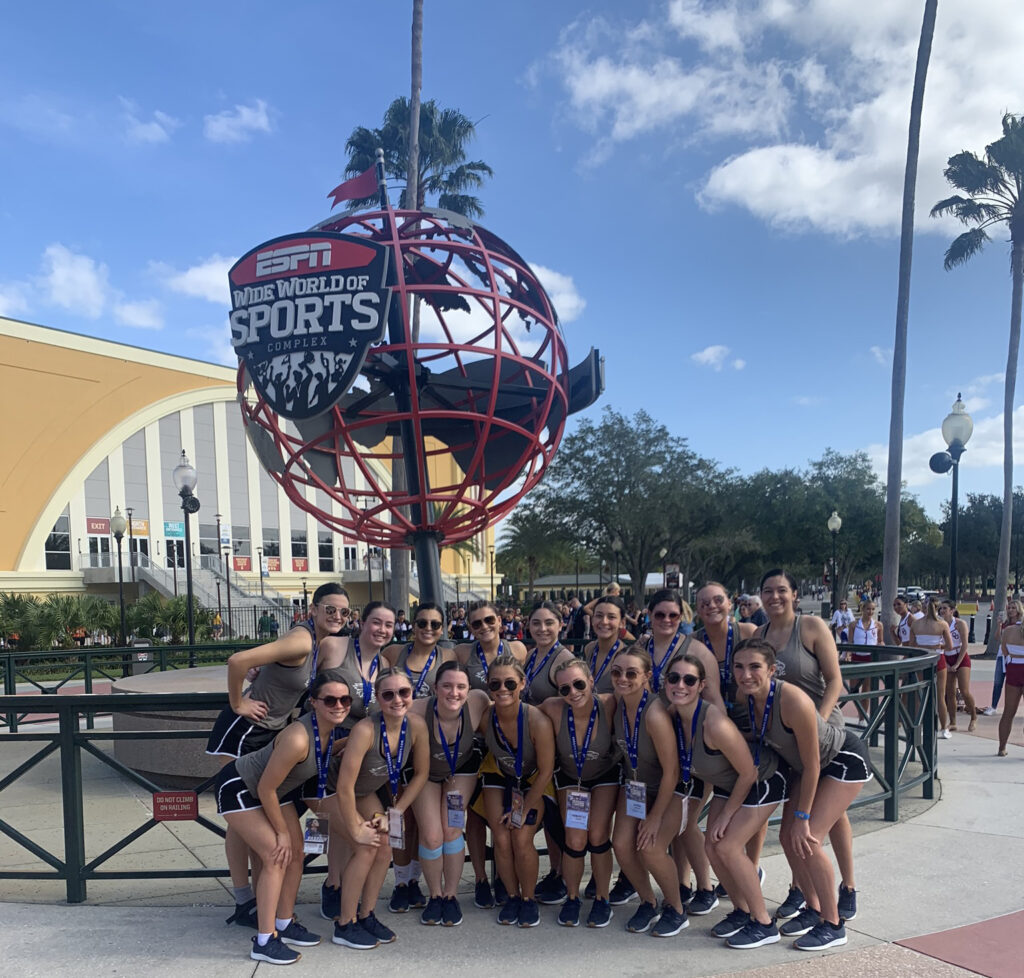 “Hearing our school called on the microphone not once but twice stating that we made it into finals was a great feeling,” said Amanda Marcinek, a senior captain and four-year team member. “At that moment, we knew all our hard work this year had paid off.”

Facing off against more than 30 NCAA Division II and III schools in the semifinals, St. Joseph’s was among 11 teams that advanced to the finals for hip hop, and among 17 that advanced for jazz.

“I am very proud of how these girls placed this year,” said seventh-year Coach Jessica Desz ’13. “Even without the trophy, I am proud of them. They put their heart and soul into practices and on the dance floor to make it to finals. Our goal every time we dance is to dance better than the last. Their last performance was definitely their best, and it showed.”

The team began preparing for nationals last June, practicing twice a week for three to four hours. They spent weekends performing at soccer and basketball games, improving their dances and getting ready for nationals. During winter break, they held as many practices as possible, cleaning up the dances and perfecting their forms.

After all their preparation, they were ready and excited to hit the floor at UDA. 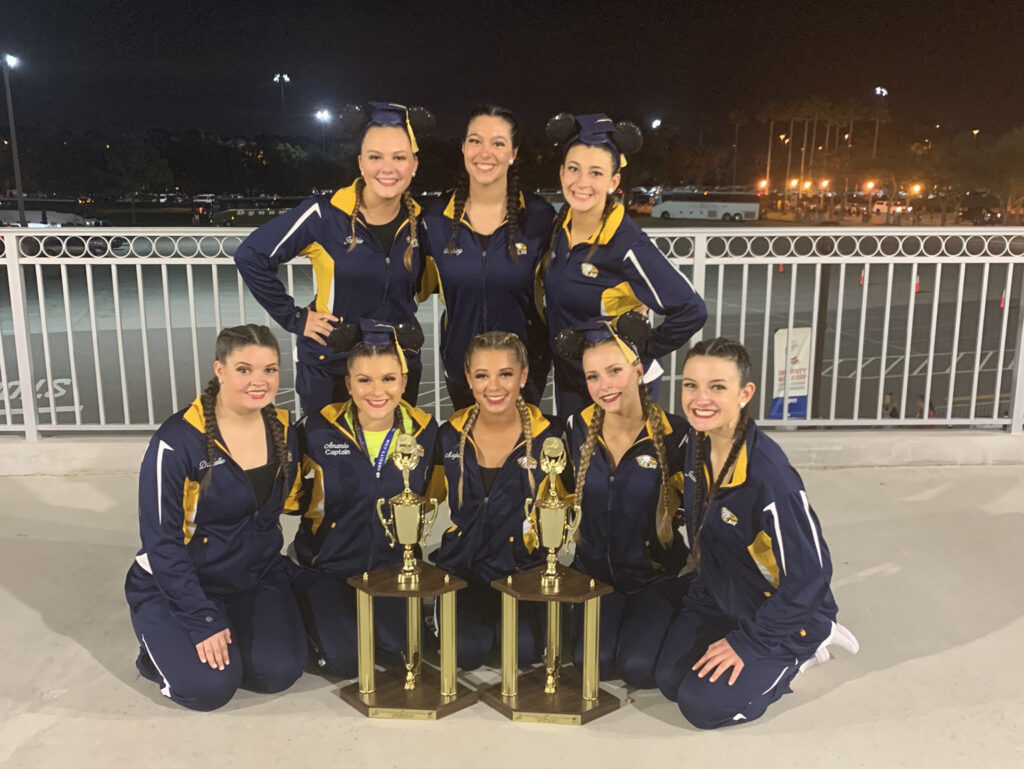 “What inspired me the most out on the floor was the fact that it is my last year,” Marcinek, a child study major with a concentration in psychology, said. “I wanted to give my best performance because it was my last time performing on the UDA stage. My whole family came down to nationals to support me, which also inspired me to give my best performance.”

Now that nationals are over, the 18 dancers will perform at events on campus, as well as dance and cheer for the campus’ basketball team.

“Ending my dance career at SJC has definitely been bittersweet,” said Marcinek, one of eight seniors on the team. “I’ve been dancing since the age of 3, and cannot imagine not doing it anymore.

“I am grateful to end my dance career on this team as a captain with an amazing group of girls,” the 21-year-old added.

We had an amazing weekend at UDA College Nationals placing 14th in open jazz and 7th in open hip hop. Our hard work, dedication, and love showed on stage and we could not be more proud of how we performed our nationals routines for the last time as the 2019-2020 St. Joseph’s College Dance Team. 💙💛 Thank you to our family and friends for their endless love and support on and off the stage. We would be nowhere without you. ❤️ To our Seniors: We love you and hope we made your last nationals experience, unforgettable. ✨ #SJCDT #UDANationals