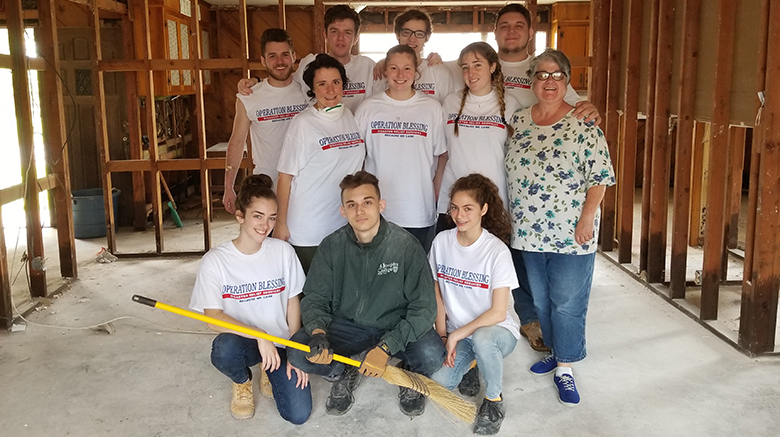 Suntanning in San Diego, dancing in Daytona or … helping in Houston?

Most college students opt for a relaxing spring break. But 20 St. Joseph’s College students had different plans. They traveled to Houston to spend their week off helping people still reeling from the damage wreaked by Hurricane Harvey last August. 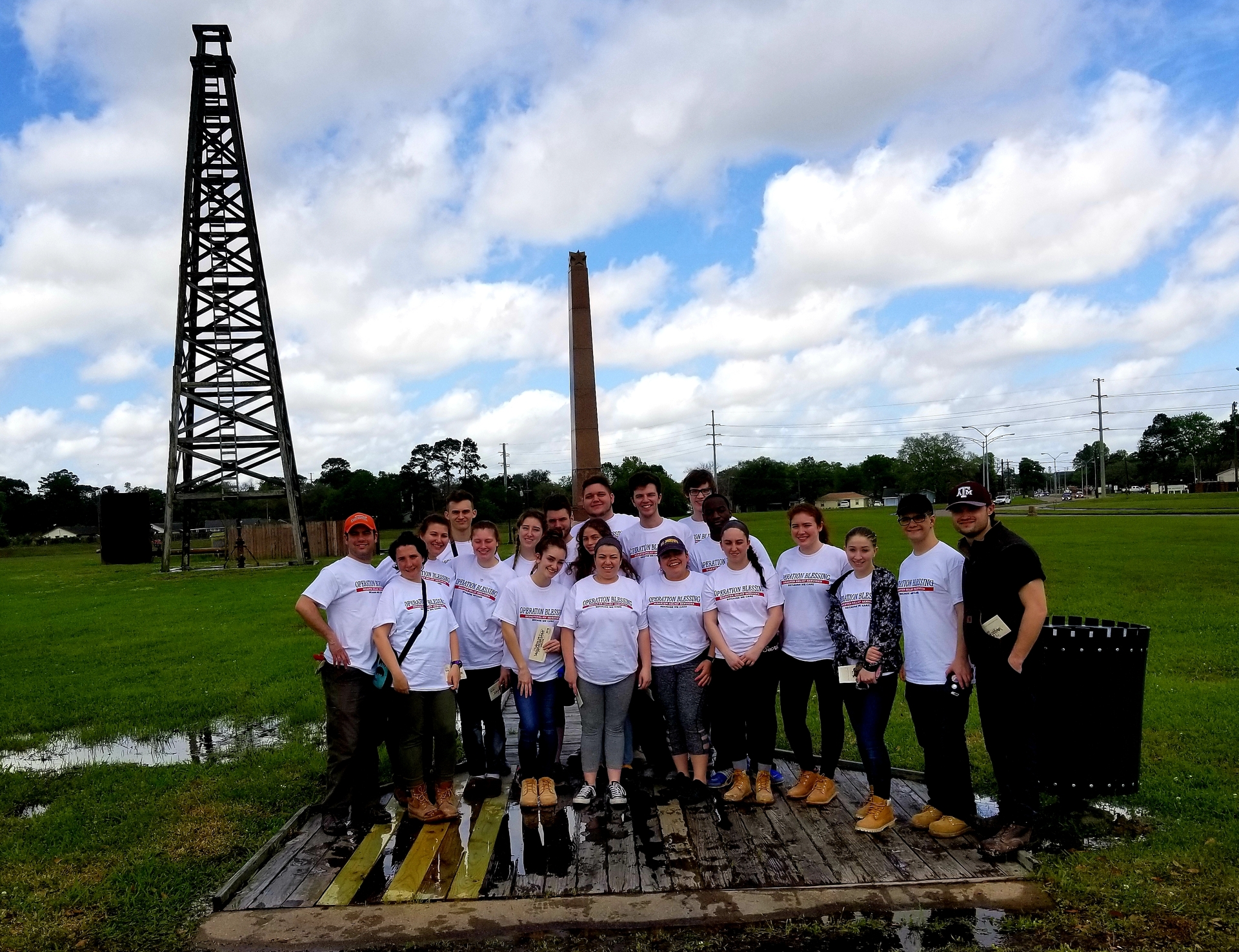 All of the SJC students who went to Houston for alternative spring break.

“I think the most important thing that students learn from these trips is what service really means,” said Cristian Murphy ’14, director of SJC Long Island’s Campus Ministry, who participated in this year’s alternative spring break (ASB).  As a student, Murphy went on five service trips with St. Joseph’s.

Accompanied by Murphy and Michelle Corsetti — SJC Brooklyn’s coordinator of community service — 11 students from SJC Long Island and nine from SJC Brooklyn helped prepare homes for rebuilding, while working with Community Collaborations International. A company that partners up with local churches to assist college students in alternative breaks, Community Collaborations offered supervision and training for the various projects students worked on.

Many friends and family members have asked me the reasoning behind me giving up my spring break. My answer to them was always the same: ‘I didn’t give up my spring break; I donated it to the heartbroken residents of Texas.’ Sharing hope with one another is the most important power we have.” — Nicholas Gangone ’21

One group of students worked entirely on the house of an older woman named Ruth, whose home was nearly destroyed by Hurricane Harvey, and the other group worked on several projects. 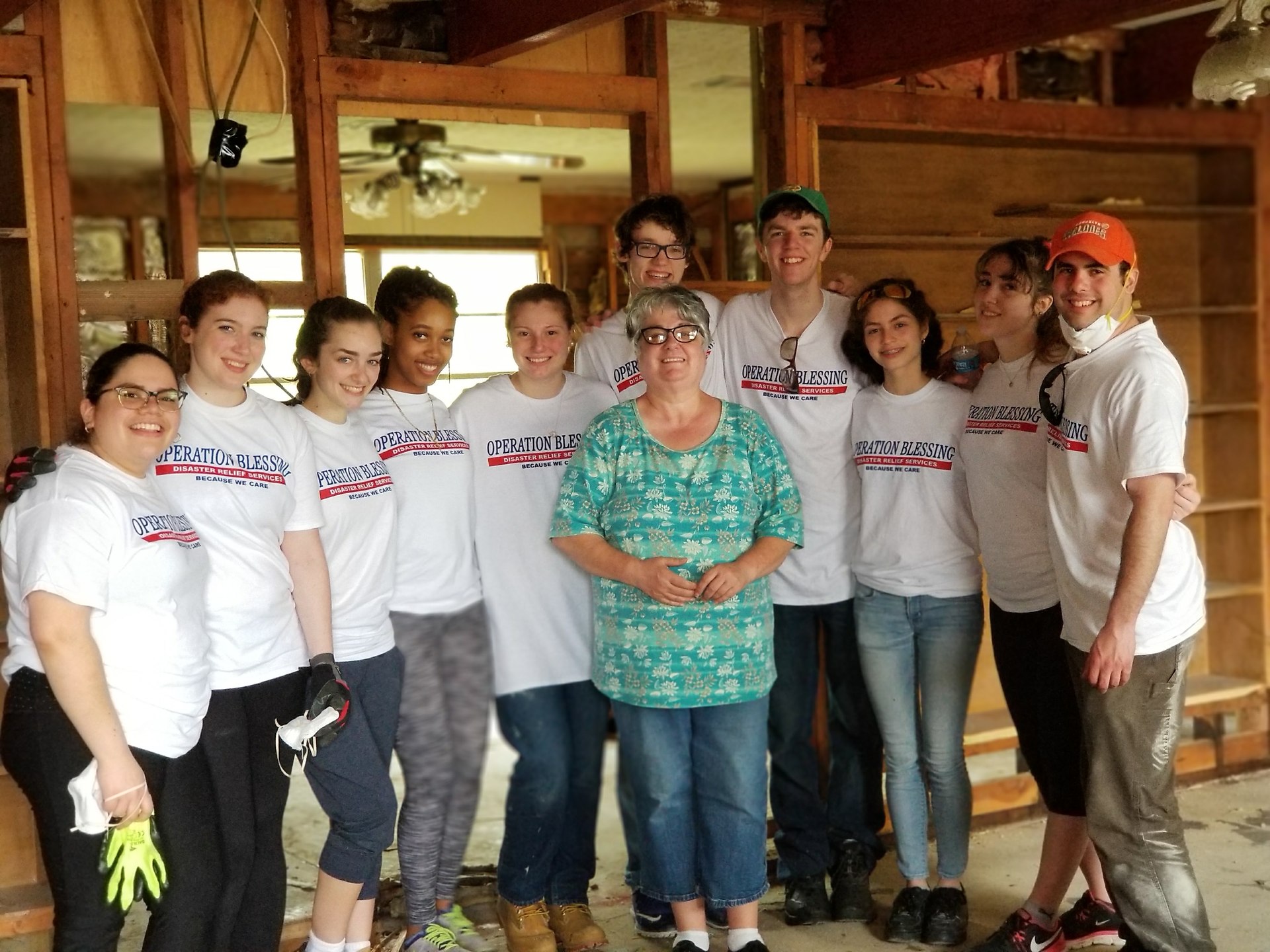 Hurricane Harvey made landfall in southern Texas as a category four storm on August 26, 2017. The storm brought more than 40 inches of rain and flash flooding to many areas of eastern Texas over the next four days, breaking the record of the most rainfall from a tropical cyclone in history.

Listed as the second costliest tropical cyclone according to the National Hurricane Center, Hurricane Harvey falls right behind Hurricane Katrina, costing a grand total of $125 billion in damages. The flooding that Harvey brought destroyed thousands of homes and displaced more than 30,000 people. There were over 17,000 rescues for people who became trapped in their quickly flooding homes.

“My favorite part of the trip was talking to and bonding with Ruth,” SJC Brooklyn senior Denise Trerotola said. “She told us about how her father built the house that we were working on. It was really interesting to hear stories about her life, her family and her experience with the hurricane. This made me realize that we weren’t just working on a house, but we working on somebody’s home where so many memories were made.”

Every year, alternative spring and winter breaks are carried out with the help of SJC Long Island’s service club STARS, SJC Brooklyn’s STRIPES and Habitat for Humanity. These week-long trips give students the opportunity to travel across the United States and to other countries to help communities and people in need.

“Many friends and family members have asked me the reasoning behind me giving up my spring break,” SJC Brooklyn freshman Nicholas Gangone said. “My answer to them was always the same: ‘I didn’t give up my spring break; I donated it to the heartbroken residents of Texas.’ Sharing hope with one another is the most important power we have.” 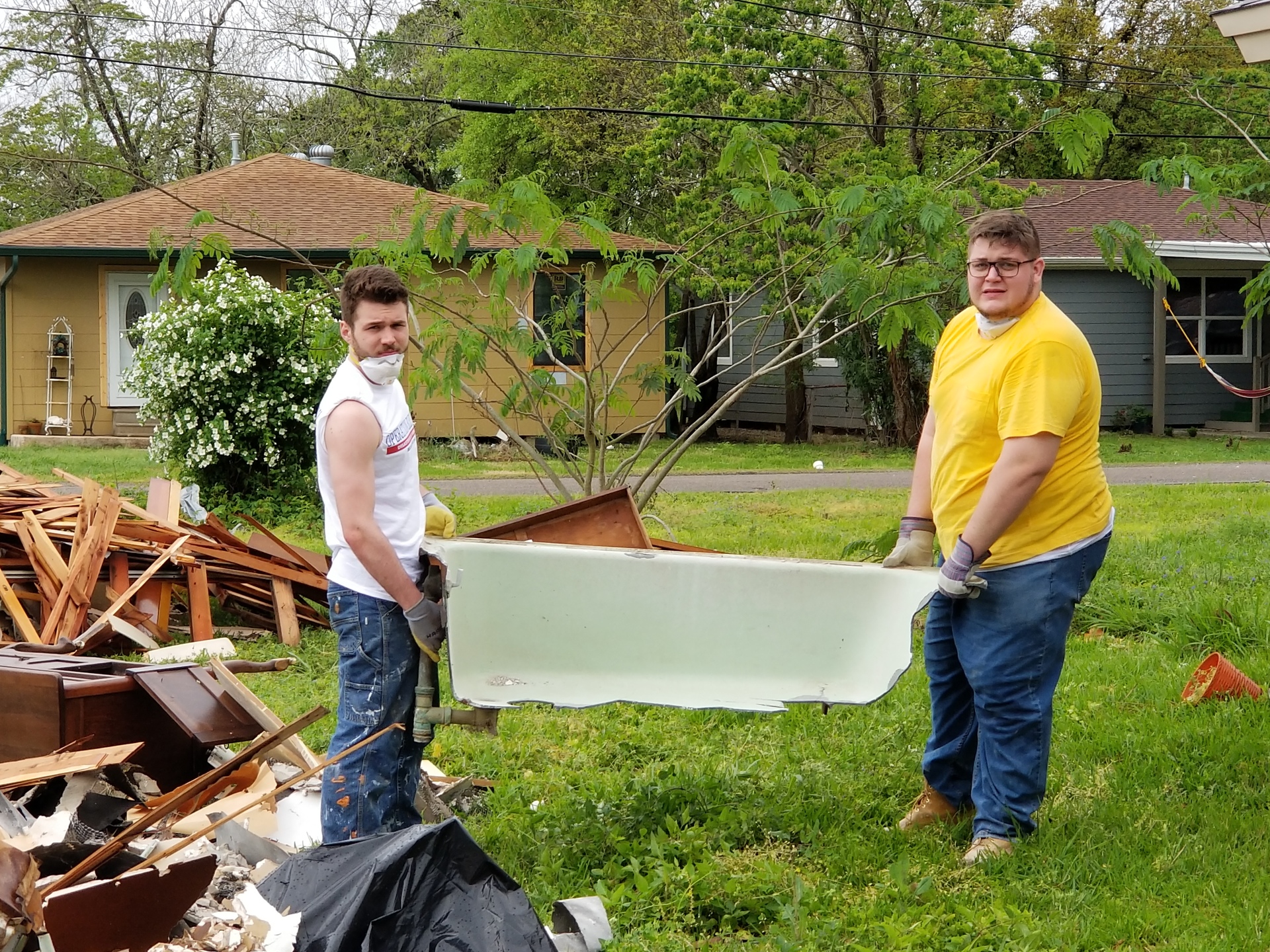 “It’s amazing that through the years, we have helped so many people,” said Corsetti, who planned all 10 trips that SJC Brooklyn has participated in and went on eight herself, only missing two due to maternity leave. “More than anything, the fact that we have brought hope to countless people and communities is what makes me feel the most blessed. Students walk away with a sense of accomplishment and amazement in what they were able to do, and a greater appreciation for the fact that they have a roof over their heads, unlike many of the people they have met during these trips.”

“There are people hurting all across the United States,” SJC Long Island senior Miranda Ortiz said. “Just because something isn’t in the news anymore doesn’t mean it’s not happening still. This stuff is real, and it’s raw. Every time I get to experience something like this reminds me that I need to be the good, to be the change, to love thy neighbor, to pray for one another, to be empathetic and compassionate, to give both endlessly and fearlessly always, and to never expect to receive any of it back because that’s not what this stuff is about. It’s about serving others.”