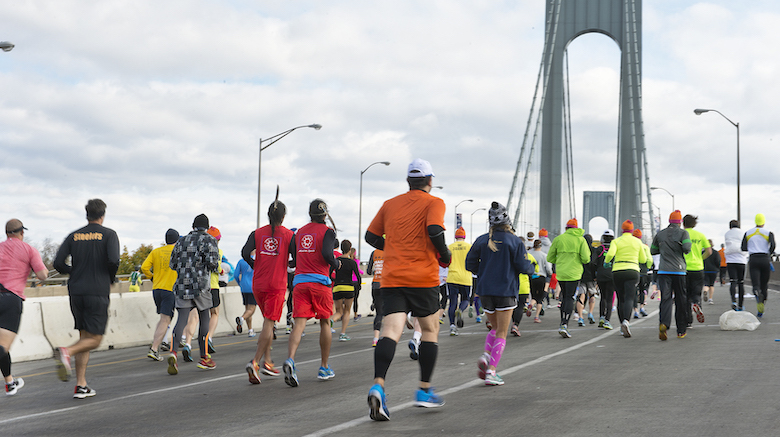 A former SJC Brooklyn Bear tore through the 2019 NYC Marathon finish line, adding to his impressive record of athletic achievements.

Bynes, 36, built his athletic prowess while studying business administration at St. Joseph’s. He continues to hold the men’s team basketball record for steals per game and ranks second in three-pointers made. He also ran cross country at St. Joseph’s.

Outstanding time by the 🐻alumnus running in his first #tcsnycmarathon!