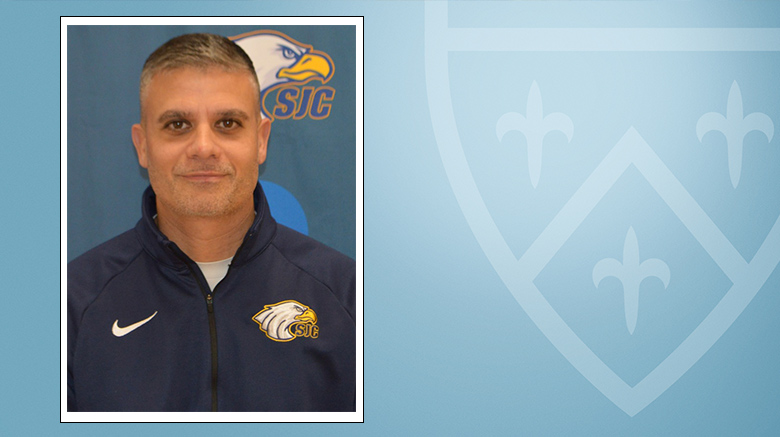 While coaching a championship tournament game for his Long Island Titans travel baseball team in Georgia last month, Andrew Aschettino was hoping for a win.

What he didn’t anticipate was that he would save a man’s life. After watching the homeplate umpire collapse in the middle of an at bat, Aschettino rushed to the field and immediately performed CPR on the man.

“It was intense, to say the least,” Aschettino, an assistant baseball coach at the Long Island Campus of St. Joseph’s University, New York, told News 12 Long Island. “It at first didn’t look good. I saw right away that he wasn’t breathing, took his pulse and there was nothing there, so I started chest compressions.”

Aschettino, a Miller Place resident, was joined on the field in the batter’s box by a player’s mom, Rachel Cowan, who has worked as a nurse at St. Francis Hospital in Roslyn for 22 years. The two were able to revive the umpire — who Cowan said collapsed due to a number of reasons, including the heat and his diabetes — before the ambulance arrived.

“This comes as no surprise to any of us within the St. Joseph’s Athletic Department,” said Melody Cope, director of athletics at St. Joseph’s Long Island Campus. “We are extremely proud of Coach Ash’s willingness to jump in and take action.  CPR training is such a valuable tool that everyone should have in their tool belt.”

While the Titans ended up losing the game, Aschettino still counts it as a win. He shared with FOX 5 Atlanta that the umpire has since called him to thank him for his speedy response.

Aschettino helped lead the St. Joseph’s Golden Eagles baseball team to their Skyline Conference Championship win in 2022 — the fifth in the team’s history.

St. Joseph’s University receives $120,000 from the George I. Alden Trust