Clubs at both campuses raise thousands of dollars 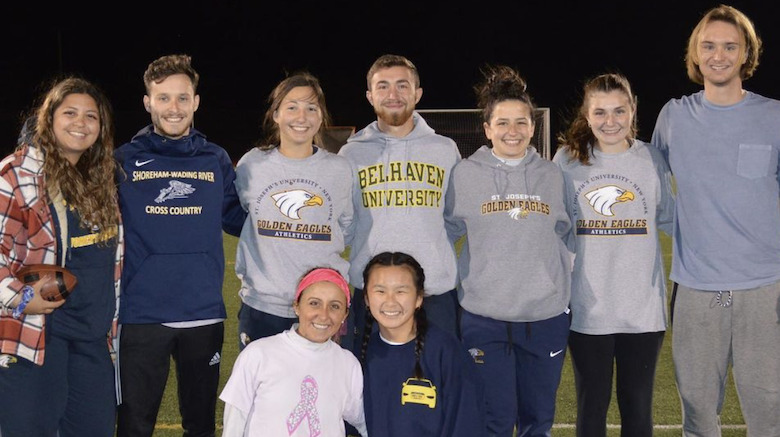 Throughout October, there has been a prevalence of pink across both St. Joseph’s University, New York campuses, as student athletes, groups and Greek life honor those who have had breast cancer and help spread the word about the importance of screening, research and support.

The Long Island Campus women’s soccer program raised over $1,100 for Kicks for Cancer at their game against Brooklyn College (W, 5-0) on Oct. 7. Started in 2007, Kicks for Cancer donates all proceeds to the Dana Farber Institute to support women’s cancer research.

The Long Island Campus women’s volleyball team dressed in pink for their Oct. 13 Dig Pink Game to raise awareness as they hosted Emmanuel.

The sisters of Delta Phi Epsilon walked in support at the American Cancer Society’s annual Jones Beach walk, raising $2,000 for breast cancer awareness, while the Beta Upsilon Delta sisters from the Brooklyn Campus participated in the Cancer Society’s Central Park walk. The sorority is accepting donations through the month of October. The students were part of an estimated 100,000 people who walked.