Home Brooklyn The Next Generation of Nurses
Brooklyn

The Next Generation of Nurses 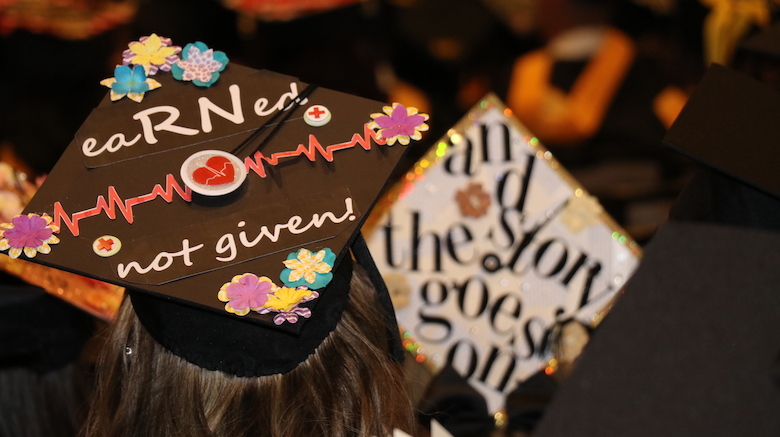 The nurses in the first cohort to complete the four-year program at SJC Brooklyn all have one thing in common: a commitment to serve others.

The program, led by Director Maria Fletcher, Ph.D., R.N., C.N.E., provides nursing students with the tools they need to lead a successful career as a nurse. Students have the opportunity to learn inside the College’s  state-of-the-art nursing lab — which features robotic dummies that simulate many situations nursing students can expect to encounter in the workplace.

Throughout their time at St. Joseph’s, nursing students completed impressive internships  and hospital rotations. For two consecutive years, a handful of students from the program received a golden ticket that gave them the chance to meet high-level administrators and interact with nurses and other staff at Northwell Health’s Golden Ticket Nursing Showcase.

Meet a few Class of 2019 graduates from the program:

Belk, 22, of Brooklyn said the nursing program opened his eyes to new ways he can help others. 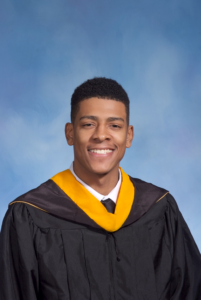 “I chose nursing because I wanted to positively make an impact on someone’s life and felt as though I could present the capabilities to do so,” Belk said. “Nurses can work in a variety of environments … one of the main reasons nursing sparked my interest.”

Belk received a certificate of recognition for completing the Margaret Whitehorne Student Nurse Service Program and completed a basic EKG course at Bellevue Hospital while he studied at St. Joseph’s. He completed the programs in 2018 as a summer internship.

Belk noted that the nursing lab helped prepare him for hospital rotations.

“Many of the features I saw in the nursing lab mimicked the situations I experienced in various hospitals,” Belk said. “It goes to show that the lab is up to date and that the professors are teaching students the right techniques and procedures.”

With graduation in his rearview mirror, Belk is focusing on studying for the National Council Licensure Examination (NCLEX), a nationwide examination for the licensing of nurses — the next step in his journey to becoming a registered nurse.

Colon, 25, of Brooklyn decided to study nursing after spending most of her life in hospitals. 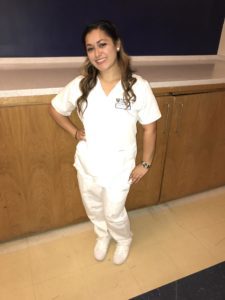 Her familiarity with hospitals began early in life, when her father was diagnosed with esophageal cancer. Colon was only 5 years old at the time, but to this day she remembers the positive impact the nurses had on her family throughout his treatments, and up until he passed away.

Years later, Colon once again encountered supportive nurses when she was diagnosed with fibromyalgia and/or Lyme disease.

“After years of struggling physically and mentally, I found myself always going back and thinking of the nurses who cared for me,” Colon said. “So I decided to become a nurse with the hopes to help many people and give back — just like the nurses who helped me.”

Colon was quick to point out her favorite thing about the nursing program at SJC Brooklyn: the accessibility of the professors. She explained that it was comforting to know that her professors were always there to answer questions at any time of day and to offer a listening ear when students were facing troubles or celebrating successes in their careers.

While working on her degree, Colon was an active member of the National Students Nursing Association (NSNA) and worked as a physical therapy technician.

In the future, Colon plans to pass the NCLEX and become a family nurse practitioner — and one day open her own practice.

Sall, 23, of Dakar, Senegal is quick to describe what drew her to nursing: “I wanted to be part of something that is bigger than myself.”

The nursing program at St. Joseph’s helped Sall do just that. 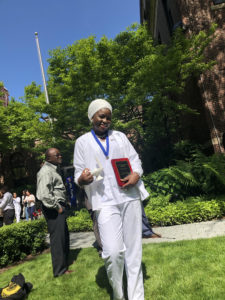 “I enjoyed the nursing program because I gained a family and mentors,” Sall said. “The program taught me to work with people from across the world, to accept differences and learn from everybody. It taught me that in life we have to support each other and that there are always people willing to help out when we are feeling lost.”

Sall marveled about her opportunity to work in a number of different scenarios during her clinicals. She assisted cancer patients, elders, patients with psychological diseases, and patients in maternity and newborn units. Sall also completed rotations working with patients with chronic diseases, teaching them new ways to manage their illnesses.

Like Belk, Sall noted that practicing her techniques in SJC Brooklyn’s nursing lab helped her prepare for real-life scenarios when it was time for her clinicals.

“I like that it provided us with a place where we can practice, make repairable mistakes and learn from them,” Sall said. “I also liked the equipment — especially because the set up resembled a clinical setting.”

Sall plans to keep busy studying for the NCLEX so she can follow her dreams and become a nurse.

Teens Explore a Future in Technology