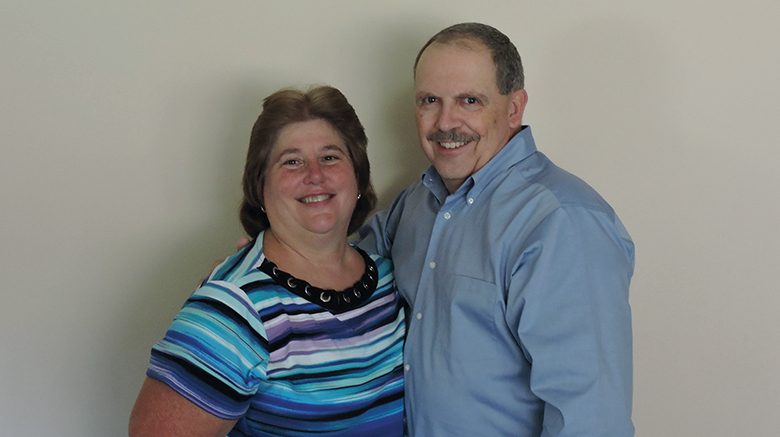 When Elena Governale O’Sullivan ’81 chose St. Joseph’s College for her undergraduate studies, she was following in the footsteps of her aunt and two cousins. And little did she know that she would meet her future husband, Michael O’Sullivan ’82, at SJC Brooklyn, while learning the skills that would lead her to a successful career in education.

“St. Joseph’s was the right choice for each of us,” said Mrs. O’Sullivan, who with her husband donates regularly to the biology and child study departments at St. Joseph’s. “We met a lot of people who helped us obtain a good education and we were able to actually apply what we learned when we left St. Joe’s. It all made sense and moved us in the right direction.”

Mr. O’Sullivan, who majored in biology at St. Joseph’s and then earned a second bachelor’s degree, this one in pharmacology, at Long Island University, works as a clinical pharmacist. After majoring in biology and child study, Mrs. O’Sullivan taught science and mathematics on the elementary and middle school levels. Later, she became the principal at Andries Hudde Junior High School in Flatbush, Brooklyn. Now retired, she credits St. Joseph’s with giving her and her husband the foundations they needed to excel in their careers.

“We were able to take everything we were taught and utilize it,” Mrs. O’Sullivan said. “Our professors taught us to take the problems in front of us and work with it. It was about more than just grades; it was about taking the life experiences of people and making it our own.”

The O’Sullivans, who live in New Jersey, said they contribute to St. Joseph’s to maintain and support the College.

“I know St. Joseph’s is growing and making improvements, but it still has the same core philosophy where you are taught how to do things and how to think,” Mrs. O’Sullivan said. “Anybody can get a degree in anything, but it’s what you will do with it and how you will make the lives of other people better. That’s the key.”

A Lifelong Love Affair with Math