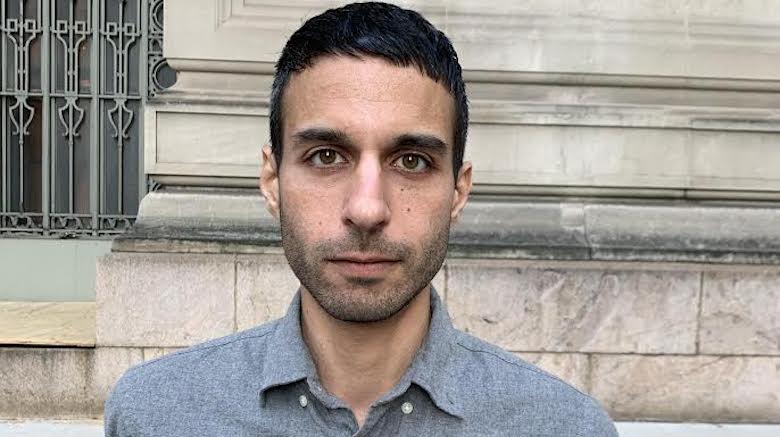 Reviewers from BuzzFeed News and the Chicago Tribune have tapped an upcoming novel from SJC Brooklyn Writer’s Foundry graduate Tariq Shah as a must-read book for 2020.

Shah, an SJC Brooklyn Academic Center tutor who is set to teach an English class at the College this fall, credited the campus’ MFA writing program for giving him the foundation he needed to pen “Whiteout Conditions.” The book’s release date is March 17.

“Studying at the Foundry compelled me to focus on clarity, meaning and sense, as they pertain at the sentence level in fiction,” said the Illinois native who earned his MFA degree in 2018. “The program gave me the freedom to experiment and learn from trial and error in a supportive environment. Its intensity and close-knit character forged a number of friendships with other great writers who also influenced my work.”

“Whiteout Conditions” began as his creative thesis, required of each graduating Writer’s Foundry student. The story follows Ant, a death worshipper returning home to Illinois after a long absence to attend the funeral of a friend’s young cousin, who suffered a violent death. As the situation deteriorates, amid a nasty bit of weather, Ant reckons with his roots.

“When I visited and sat in on a master lecture, I was very impressed by the enthusiasm of the other students, the camaraderie they had, and the quietly intense, under-the-radar nature of the program,” Shah said. “It felt like a bit of a refuge. Additionally, the program’s emphasis on multi-genre fluency was attractive and went a bit farther than other programs with similar structures.”

“Working with Tariq was a wonderful experience,” Johnson said. “He was such an interesting student  — quiet in class, yet loud on the page. I’m not surprised to see ‘Whiteout Conditions’ doing so well already.”

“I served as his thesis advisor, providing edits and critique,” Johnson continued. “But I’m not taking any credit here. The talent was already there, and, most importantly, he had the will and the work ethic to see it through to completion. That’s what it’s all about, really: How bad do you want it? This debut novel of his is just the beginning of a fascinating literary career.”

“Whiteout Conditions” is not Shah’s first published piece of writing. Over the summer, Shah published two poems — “Eraser” and “Ten” — in literary journals. Still, the author is excited to see his novel hit the shelves.

“It’s really thrilling and I am overwhelmed with gratitude,” Shah said. “It is also a bit frightening. I hope the book lives up to the anticipation.”