A Breath Of Fresh Air 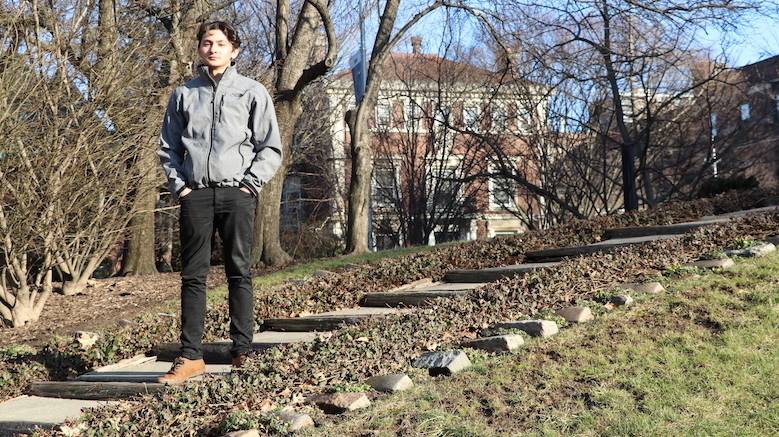 A quest to protect the world’s environment. That’s what led Cade Terada to transfer to SJC Brooklyn this semester.

Growing up in Dutch Harbor, Alaska, the 20-year-old political science major has enjoyed a lifelong love affair with the outdoors. He spent his childhood immersed in the rural environment around him and fishing in the harbor.

I grew up in nature — I ran around the tundra all the time.  I grew fond of it. And as I got older I noticed changes with new development or just the winter becoming more mild — Cade Terada ’21

Terada — already an experienced activist — will balance a full-time course load with saving the world’s environment during his time at SJC Brooklyn. 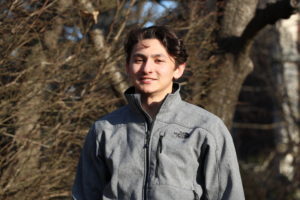 Before coming to St. Joseph’s in January, Terada traveled to several states, Canada and Greenland to give speeches about environmental issues. He also served as an Arctic Youth Ambassador during the U.S. Chairmanship of the Arctic Council, and last year made the North American Association for Environmental Education’s 30 under 30 list.

Additionally, Terada serves on the World Oceans Day Youth Advisory Council, where he helps engage communities and advocate for the protection of the world’s oceans.

Turning Over a New Leaf at St. Joe’s

Terada said he came to St. Joseph’s College after learning that his former school — Green Mountain College in Vermont — was set to close. He was drawn to St. Joseph’s by its picturesque location in Clinton Hill, Brooklyn.

“I always wanted to go to New York,” he said. “There are a lot of opportunities for networking, and just a lot of potential.

“If I’m taking the train home and I look out the window and I see the Empire State Building at night, it’s so surreal,” he continued. “Back home, we don’t have skyscrapers.”

The young environmentalist plans to eventually attend law school and use his passions for nature and politics in his career. He sees himself as a professional studying the arctic, going into environmental law, or even running for political office.

A Cure for Kure