Dr. Tetyana Delaney is set to help with the SIRIUS 21 mission 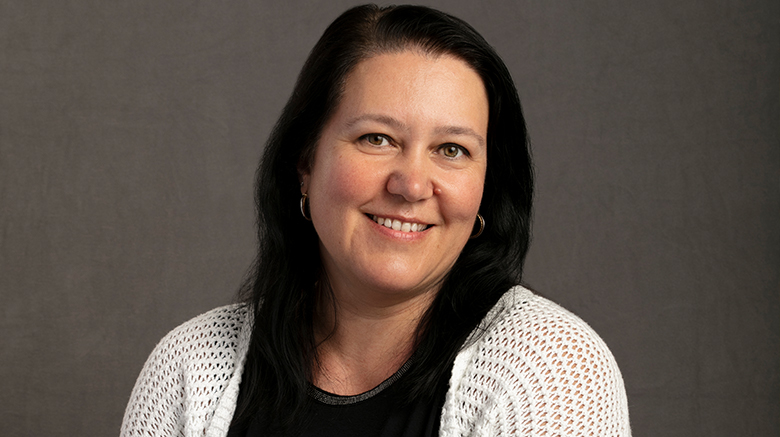 Dr. Delaney, 50, is one of a dozen people in the world taking part in the SIRIUS (Scientific International Research In a Unique terrestrial Station) 21 mission, which takes place in Moscow in November. The accomplished scientist is on the project’s six-person back-up crew.

“This entered my life unexpectedly,” she said. “A ‘bench biologist’ being selected as part of a Mars mission — it’s just an honor. I’m glad to help all of humanity to reach Mars if I can.”

The eight-month mission is a collaboration between NASA and Russia’s Institute for Biomedical Problems (IBMP). Its purpose is to examine crew members’ behavioral health, recording how they respond psychologically and physiologically to isolation and confinement, as well as additional stressors while working as a unit. The research is part of NASA’s preparation to send scientists to Mars.

“Who wouldn’t want to go, or at least try to be part of a Mars mission?!” Dr. Delaney said. “Just hearing about it and reading so much information about other rovers — the machines that were sent to Mars. We as biologists think about those sequences and what we can do, and here’s an opportunity to somehow be a part of that.”

As scientists, Dr. Delaney, her daughters Zlata and Lanna, and Zlata’s husband Kosta are always looking for opportunities to collaborate with other organizations for research. It was during one of these searches that they came across the NASA mission.

“My family and I were going through several websites — NIH, NSF, one of them NASA — and my son-in-law found out about this opportunity, and he said, ‘Mom, I don’t know anybody who would fit the profile better,’” Dr. Delaney explained

Dr. Delaney hit all the qualifications, including being proficient in the Russian language.

“I grew up in a family of scientists,” said Dr. Delaney, lived in Kyiv, Ukraine. “My mom had a Ph.D. in microbiology, and my dad was an electrical and mechanical engineer with a Ph.D. In socialism, you live with the people with whom you work. So everybody who lived in my nine-story building had a Ph.D. and worked in one or another field of science.”

On the Right Path

In Ukraine, the only future Dr. Delaney knew for herself was to become a scientist.

“I didn’t know any other life!” she said, laughing. “Maybe if I grew up with a family in Hollywood, I would become an actor, although I don’t think I’d like that much.

“I grew up in my mother’s lab,” Delaney continued. “She worked at the Institute of Microbiology and Virology in Kyiv. They had a huge animal facility, so I loved to play with all the lab animals — rats, mice, hamsters and guinea pigs were always in my home. I’d bring them home, play with them, then bring them back.”

Additionally, her mom also had the chance to work with NASA, so Delaney is truly following in her mother’s footsteps.

“My mom studied the disease of plants, and they had a joint project with NASA, where if anything went bad in space, like spoiled tomatoes or spoiled potatoes, they would send it to my mom’s team, and they would study the bacteria,” said Dr. Delaney, who earned her master’s degree in immunology and her Ph.D. in Molecular Biology and Biotechnology in Kyiv.

And now that it’s her chance to work with NASA, Dr. Delaney is very appreciative of all the support she’s received.

“I feel the complete support of the whole St. Joseph’s College community at this point,” said Dr. Delaney, who has taught at the College since 2006. “I feel like this is a mission for all of us; nobody can do it alone. NASA thinks the actual mission of going to Mars might happen around 2029 or 2030, and knowing that somehow, somewhere, we contributed to this research — that will be amazing.”

Wow! This is amazing!