Dr. Thomas Petriano presents on how art is a helpful resource in understanding the College's namesake 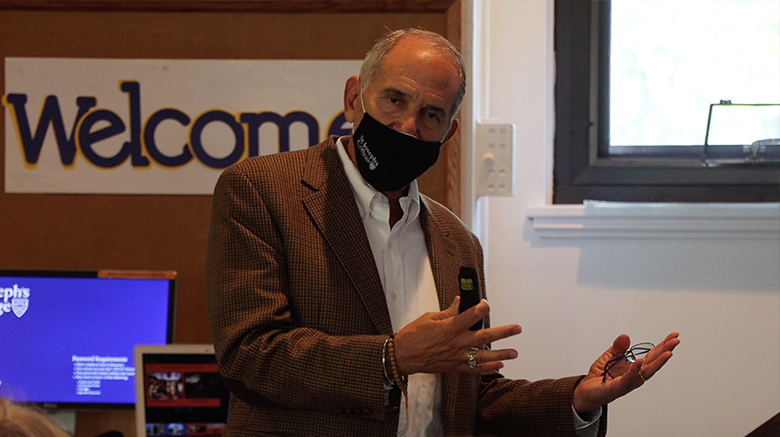 Thomas Petriano, Ph.D., professor and chair of religious studies, spoke to SJC Long Island students, faculty and staff about St. Joseph’s depiction in art and music throughout the centuries, as well as how this serves as a resource in understanding the College’s namesake. 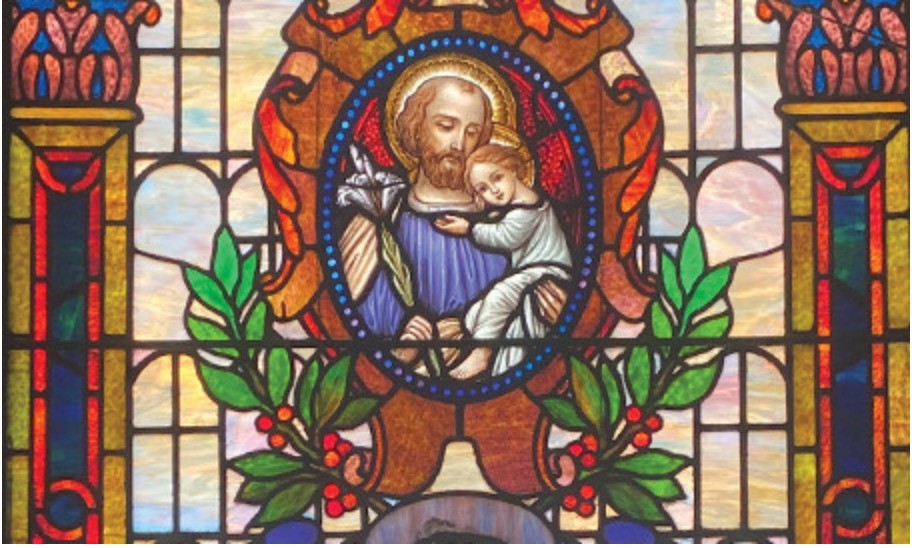 A stained glass window in one of SJC Brooklyn’s chapels, which depicts Joseph holding Jesus.

The event, borrowing a phrase from the Old Testament in its title “Ite Ad Joseph (Go to Joseph),” took place Thursday, Oct. 7, during Common Hour in the Shea Conference Room and was co-sponsored by the Council for the Arts as part of the College’s celebration of the Year of St. Joseph.

“When I began this project earlier in the summer, I thought it would be relatively short-lived — that there would not be a lot of history of images of St. Joseph,” Dr Petriano said. “But as I discovered, I found myself in the proverbial rabbit hole of images … which tell an ongoing story about St. Joseph, who he is and why he’s meaningful to us as students, faculty and staff of a college that bears his name.”

Throughout the event, Dr. Petriano shared both art and music (which staff in the Callahan Library helped him find) that dated back to the 1400s and was as recent as the 2000s. While older nativity scenes didn’t feature Joseph at all, he eventually makes his way into the background of art, where he stayed for a while, Dr. Petriano noted.

“I could suggest that this is perhaps one of the reasons, when the Sisters of St. Joseph were founded by Father Médaille, that they were called the Congregation of Sisters of St. Joseph,” Dr. Petriano said. “He had a humble strength and a humble virtue, and was in the background, in the shadow. But he loved Jesus and Mary deeply, and therefore is an example of how to love everyone as Joseph loved Jesus and Mary.”

Dr. Petriano shared images that show Joseph’s movement toward the front of art with Mary and Jesus, then ones where it’s him and Jesus, and further still art that focuses on just Joseph.

“That’s a real progression and sort of an understanding of Joseph’s role and importance, where he’s there and has a singular importance on his own,” Dr. Petriano said.

Inspired by the Leadership of the Sisters