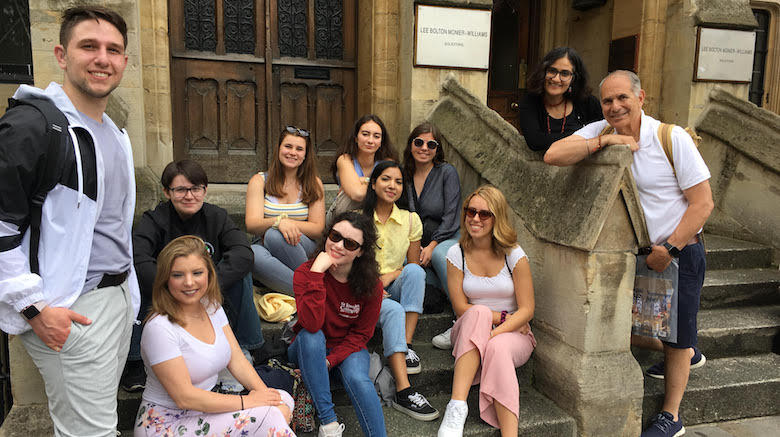 When school is out for the summer, many SJC Brooklyn students continue to enrich their minds — through internships, travels and new business ventures.

Here’s a look at a some of the intellectual adventures our students took on this summer:

Kelvin Garcia, a business and marketing double major entering his senior year at SJC Brooklyn, is spending the summer working on his fashion line, Inner Out. He started the line in October 2018, shortly after attending a J. Cole rap concert. 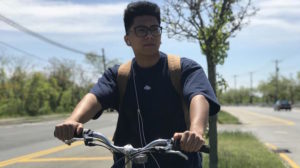 During the concert, J. Cole left his fans with an inspiring message that motivated Garcia to kickstart his fashion line.

“He basically just said, ‘Follow your dreams,'” Garcia recalled. “It seems very basic, but the atmosphere was insane and the message got through to me immediately.”

“Inner Out is much more than a clothing brand, and much more than just a piece of fabric,” Garcia noted. “It is a constant interaction we as individuals face everyday when trying to deal with our inner self and our surroundings.”

He hopes to launch his next line this fall.

Tariq Shah, an Academic Center tutor who graduated from St. Joseph’s with an M.F.A. in Creative Writing in 2018, published two poems this summer.

Shah’s poem “Eraser” — a politically-motivated response to discrimination against people who identify as transgender — was published in Heavy Feather Review, a Kansas-based journal that publishes fiction, poetry, creative nonfiction, comics and hybrid work. His poem “Ten” — an exploration of grief, religion, family and identity that was based on his father’s death — was published in jubilat, a poetry and prose journal based at the University of Massachusetts, Amherst.

“Ten” was part of Shah’s MFA thesis, working under Safiya Sinclair, a guest lecturer in the SJC Brooklyn’s Writer’s Foundry.

“Both poems were mostly written during down time at the SJC Brooklyn Academic Center, which is a truly wonderful space and resource to have available for students,” Shah said.

The journals each boast audiences larger than any publication he previously wrote for.

He reflected on the moment he learned he would be published:

“I was at work, so I couldn’t wild out or anything,” Shah said. “I’m pretty sure I sighed very, very deeply with relief. The process for publishing fiction or poetry is very slow — usually for good reason — and terribly difficult, regardless of where any writer is in their career.

Traveling Around the World

Students from the Honors and Global Studies programs traveled this summer to build on the world history and culture they learned during the academic year at SJC Brooklyn.

The Honors program took advantage of the local antiquity in the United States, with a trip from June 7-9 to Pittsburgh, Pennsylvania. On the trip, students visited the Warhol Museum, the Phipps Conservatory and Randyland.

Meanwhile, students in the Global Studies program flew to the United Kingdom with Tom Petriano, Ph.D., professor and chair of religious studies, and Susan Nakley, Ph.D., associate professor and associate chair of the English department. 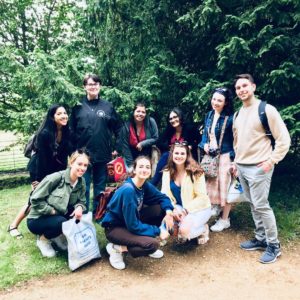 During the trip, the group explored museums, took in shows and immersed themselves in Europe’s culture.

In Oxford, the students participated in the Jewish Medieval History with historian Pamela Manix, who delivers just a handful of tours every year, noted Dr. Nakley.

“Traveling abroad is not simply a good experience for college students; today it is a necessary experience,” Dr. Nakley said. “Tomorrow’s leaders and problem-solvers see themselves as global citizens. I am happy that I am able to help prepare St. Joseph’s College undergraduates for their careers and lives post-college, through a global studies program like the Oxford Program, which broadens their horizons and shifts their perspectives.”

Matthew Rienzi, a fifth-year graduate student and pitcher on the campus’ men’s baseball team, also traveled to Europe over the summer. In June, Rienzi competed for the Polish National team, participating in the Prague Baseball Championships.

Getting in the Field

Sudesh Sukhoo, a May 2018 graduate who double majored in accounting and business administration is using his SJC Brooklyn connections to continue getting experience in his field. 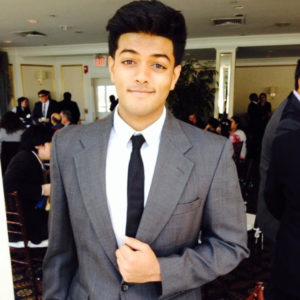 While Sukhoo was completing his undergraduate degree, he went on a class field trip with Dr. Jee to a local office for PricewaterhouseCoopers (PwC). Through the class trip, Sukhoo networked with employees and secured a seasonal tax internship.

During the internship, he was responsible for reaching out to the IRS, updating information in tax software, drafting power of attorney forms, visiting client sites and preparing spreadsheets to balance accounts.

Sukhoo said his taxation and statistics class at St. Joseph’s gave him the tools he needed to succeed at PwC.

“The coolest experience that I had while interning at PwC was working with a client side-by-side, in order to meet an approaching deadline,” Sukhoo recalled. “Though it was intense, I never felt more necessary and involved than I did while working with this client.”

He returns to PwC this summer to take on a full-time internship in the company’s risk assurance department.