Sharks: Five Facts the Public Should Keep in Mind 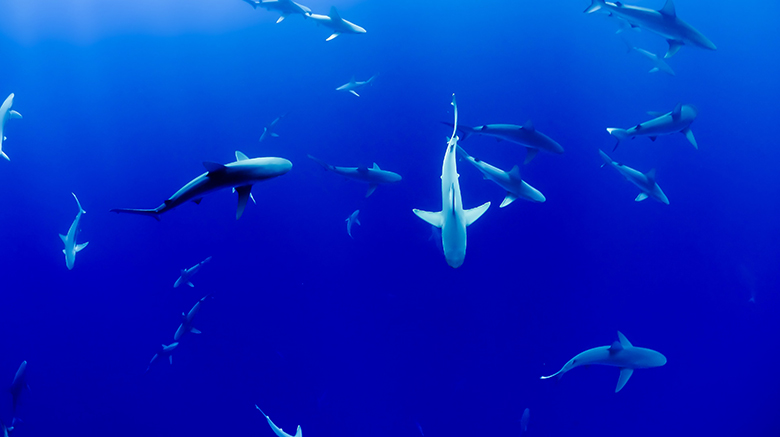 Sharks have been in the news more than I can ever remember, and it seems like local beach closures are becoming regular occurrences.

The South Fork Natural History Museum’s Shark Research and Education team, with whom I do field research, has been taking advantage of the opportunity. We’ve enjoyed quite a bit of success in deploying our satellite tracking tags this season on thresher, sandbar and dusky sharks.

Here are five facts about sharks the public should keep in mind:

1) Long Island has historically been rich in shark abundance and species diversity, but overfishing for decades had reduced their numbers, so most of us don’t remember it that way.

2) The increased number of shark sightings is actually a good thing, as the presence of apex predators is one indicator of a healthy, balanced ecosystem. This is largely thanks to conservation efforts in the form of legal protections for sharks as well Atlantic Menhaden (“bunker”) — a food source for many marine species. Many beach-goers and boaters have noticed whales and dolphins are also back as a result!

3) Swimmers can still safely access our beautiful beach resources throughout the summer, and can greatly reduce the risk of incurring injuries from ocean wildlife if they swim near shore and, most importantly, away from schools of fish (especially bunker).

4) We are seeing some southern sharks more often than in years past — specifically spinner and blacktip sharks. Marine science experts believe it is mostly related to greater availability of food near shore, but more research is needed to determine if any correlation exists with climate change, water temperature and ocean currents.

5) We all need to keep in mind that the ocean is the natural habitat of sharks and that while swimming, boating, diving and fishing, we are in their home. There is never a reason to harm an animal doing what they have evolved to do over hundreds of millions of years. A sustainable future will depend on the coexistence of humans and other organisms, and we rely on the ocean more than most people realize.

We are very excited about some groundbreaking progress with CATS cam deployments. That tag tracks animal movements and simultaneously captures first-person video footage that can be aligned with behavioral data collected by the internal sensors. Below is some of that footage, curtesy of the South Fork Natural History museum.

Here’s some video footage from a shark tagged off Long Island, thanks to SJC Long Island’s Matt Berkhout and @sofomuseum! pic.twitter.com/0REB3ZKynV

*This footage is from a spinner shark that was tagged about halfway through the summer near shore on the East End of Long Island. It shows what appear to be other spinner sharks, though it’s impossible to tell without close examination.

View all posts from Matthew Berkhout