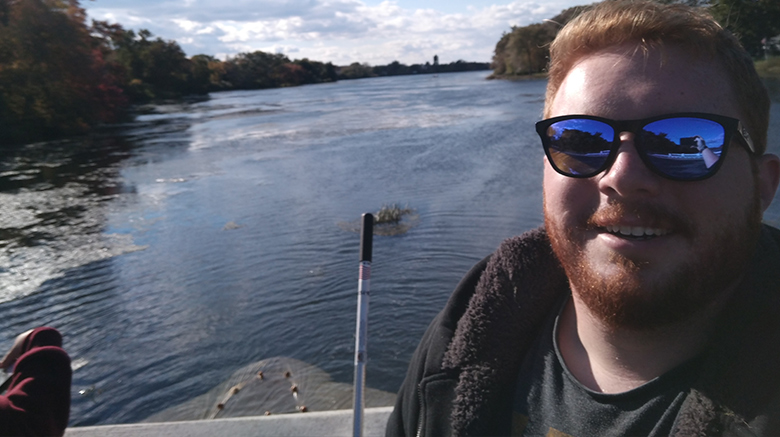 Kevin Ibanez graduated from SJC Long Island in 2015 with a bachelor’s degree in psychology. After working in a private high school as a paraprofessional with students on the autism spectrum, Ibanez found that he really wanted to try his hand at teaching. And so he did.

Now, he’s set to graduate SJC Long Island with his second bachelor’s degree in May, this time in biology with a concentration in adolescence education.

“When I decided to return to school, I chose St. Joseph’s again because of the accomplished educator it produces,” Ibanez, 28, said. “I knew that If I was going to become the best educator I could be, it would have to be through St. Joe’s.”

From Psychology to Adolescence Education

When he started at St. Joseph’s (the first time), Ibanez wasn’t sure what he wanted his major to be. Once he took a psychology course, his interest became clear. 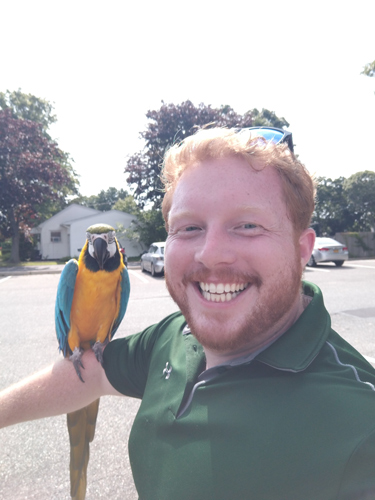 “I decided to study psychology because I was very interested in the mind, but more so the physical aspects of it and how abnormalities could affect personalities and behaviors,” he said. “I took a variety of biology and psychology classes, but I was better at psychology at the time and decided to play to my strengths. In reality, I was always attracted to the anatomical aspects of psychology.”

After an internship at Gersh Academy, Ibanez landed a job there. And when the opportunity to be in charge of the math and science courses for the 2016–17 academic year presented itself, he jumped at it. Then, when he decided he wanted to get formal training as an educator, he knew where to turn.

“The adolescence education department at St. Joseph’s provided me with the instruction that I craved,” the Holbrook resident said. “I had been teaching without any education background. I wanted to use these classes to perfect my methods and refine my techniques. The department at St. Joe’s showed me what current teaching environments expected and how to deliver them.”

A Passion for Biology

As for Ibanez’s decision on what to teach, that choice was as easy as his decision to return to St. Joseph’s. Instead of playing it safe and playing to his strength this time, he’d go after the subject that interested him most.

“I chose biology because it was the subject I felt I could bring the most passion to,” he said. “I knew the work it demanded and was ready for the challenge.” 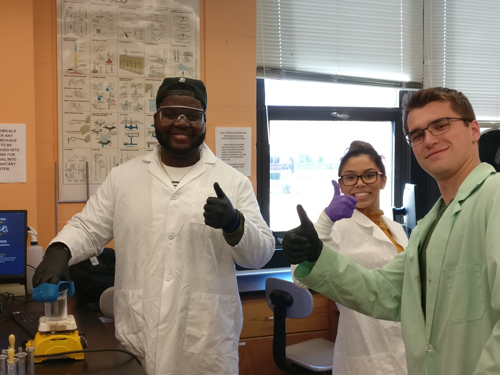 Some of Ibanez’s classmates and study partners.

And while it was a challenge indeed, Ibanez knows it was worth the effort.

“The biology department has been the largest source of support for me during these past few years,” Ibanez said. “The classes were difficult and my classmates were the same age as the students I taught. But they eventually drove me to study harder.”

When Ibanez saw his classmates were also struggling with some of the harder material in class, and instinct took over.

“I would find empty classrooms to study in and begin working on my own, expo marker in hand,” Ibanez explained. “One day, I turned around and there were a few of my classmates, then a few more, then the whole class. I saw students who wanted to succeed, and I wanted to help. Over time, we would struggle together through the same assignments, would pass classes together, and we ultimately became friends.

“I am very proud to say that my friends whom I studied with became professional chemists, microbiologists, certified educators, and went on to Ph.D. programs,” Ibanez added. “I had the privilege of watching them aspire to greatness and reach it.  The young strangers I met have become excellent individuals that I will use as examples to inspire the next generation of science students I teach.”

While Ibanez already had a strong interest in the field of biology, he recognizes how much further that interest went because of his professors at St. Joseph’s.

“They have not only instilled in me a passion for their materials, but they have done so in a professional manner that encouraged me to work harder,” he said. “Because of them, I have great pride for my work and all that I have accomplished while at SJC.”

Ibanez shared that the experiential learning and fieldwork were important aspects of his own education, and he hopes to instill those feelings in his own students one day. 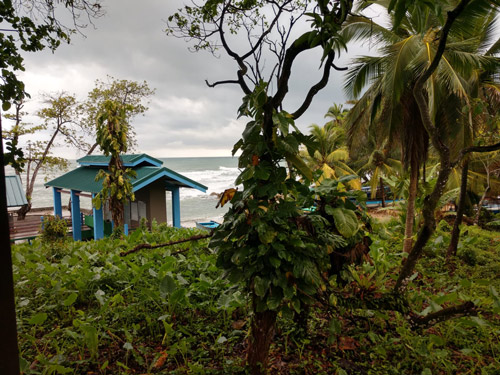 “A few biology classes allowed us to go beyond the classroom — to places like Brookhaven Lab, Southaven County Park, and even Costa Rica,” Ibanez said. “I want my students to see that learning can happen anywhere, just as I have been taught by the biology program.”

As for the specific professors who helped him flourish, Ibanez wanted to mention them by name.

“Dr. (Andrea) Stadler and the chemistry department were pivotal when developing my work ethic and integrity,” Ibanez said. “Dr. (Maria) Pepey of the education department has shown me what it means to be an educator, going above and beyond curriculum in order to prepare students to be successful individuals.

“Finally, I would like to mention Dr. (Francis) Antonawich and Dr. (Konstantine) Rountos of the biology department,” Ibanez added. “Watching Dr. A teach was like watching myself teach.  It was assuring to see someone make such difficult concepts not only relatable, but enjoyable. It was with Dr. Rountos that I learned about the joys of fieldwork and what it means to be a scientist. It is difficult and dirty work, but it provided me with memories to last a lifetime. It is because of these individuals that I worked hard and thrived while at SJC.”